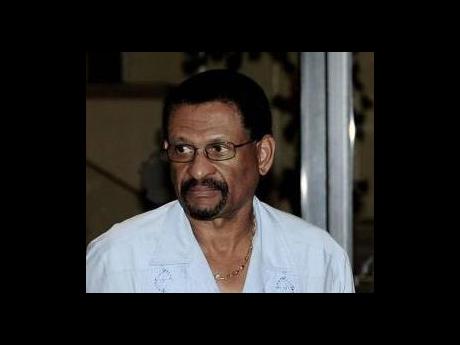 McCartney ... Says his resignation could be seen as assuming culpability, that is why he is seeking to clear the air.

The resigned chief of medical staff at the University Hospital of the West Indies (UHWI) Professor Trevor McCartney has broken his silence on the dead babies scandal rejecting claims by Chief Medical Officer Dr Marion Bullock-DuCasse about when the Health Ministry was informed about the second bacterial outbreak at the institution.

McCartney, who is also the deputy dean of the faculty of medical sciences at the University of the West Indies, has also sought to explain that he resigned because the board of the UWHI was insistent that the hospital should take the blame for the handling of the infectious outbreak.

"The board wished the medical staff to have some part to play and we thought not so at all. What they wanted was to remove the pressure from the Ministry of Health," McCartney told The Gleaner.

But could his resignation be seen as assuming culpability?

"That is why I’m seeking to clear the air," McCartney responded.

According to him, it was a misconception when the Health Minister announced in parliament that arising from the dead babies scandal there had been two casualties – the other being CEO Dr Cecil White. McCartney said on September 7, he wrote to Bullock-DuCasse informing her that in June, there had been four cases of the serratia bacterial infection in the hospital’s Neonatal Intensive Care Unit, but which was contained within days.

He said in that same letter, he also advised Bullock-DuCasse of a subsequent klebsiella bacterial outbreak which was identified in late August and the steps that were being taken to contain it.

READ: Why Bullock DuCasse took no action on infection report

But Bullock-DuCasse told a Jamaica House press briefing last week that the letter she received only spoke about the already-contained outbreak.

But McCartney said that is not true.

"Sir, you can take my word for it that that is not correct," he charged.

Bullock-DuCasse had responded to McCartney on September 21, that’s two weeks after he wrote to her.

Asked whether Bullock-DuCasse should resign, McCartney offered no comment.

He was also silent on whether the Health Minister, Dr Fenton Ferguson should step aside.