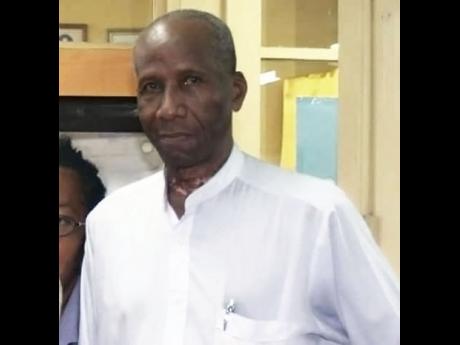 Jamaica-born Sheldon McDonald, dean of the University of Guyana's Department of Law died on Wednesday, days after he was injured in a motor-vehicle accident at Success Village, East Coast Demerara, Guyana

Reports are that the 64-year-old McDonald suffered injuries when a car slammed into his on Friday. At the time of the accident, he was reportedly waiting to leave an area near a 'drinking spot' at Success.

The Jamaican and former employee of the Caribbean Community (CARICOM) Secretariat sustained serious damage to one of his lungs and chest, and was being treated at the Georgetown Public Hospital, where he succumbed to his injuries.

Students, family and friends have been plunged into a state of shock and grief at the passing of McDonald, known for his outspoken and frank disposition.

"It is a terrible, terrible thing, all now I'm still asking if it's true, and I still can't believe," Sibert McDonald, the eldest brother told The Gleaner from his home in Portmore, St Catherine.

"The whole family is in shock and bawling. Practically, all his family is here in Jamaica, and he would come home often. We need him to come home now."

A long-standing member of the People's National Party (PNP), several Comrades have also expressed shock at the news. In August, he was honoured by the PNP Youth Organisation 70s fraternity for his outstanding contribution.

McDonald, a graduate of Kingston College, was a member of the Inter-Governmental Task Force charged with revising the constituent instrument of the Community, the Treaty of Chaguaramas.

As project coordinator for the Establishment of the Caribbean Court of Justice (CCJ), he had primary legal and institutional responsibility, working under the supervision of the preparatory committee for the process, which led to the inauguration of the Court on April 16, 2005. He also was a legal consultant to the Caribbean Community Secretariat.

Sir Denis Byron, president of the CCJ, said in a statement yesterday afternoon that McDonald was a "firm believer in Caribbean integration, and played a pivotal role in the genesis of the Court".

Byron said members of the CCJ were in mourning.

McDonald had expertise in laws of the sea and related issues, and is acknowledged nationally, regionally and internationally.

Within Jamaica, he was actively involved in the elaboration and passage of the Exclusive Economic Zone Act and the Maritime Areas Act, as well as the Maritime Drug Interdiction Act, giving domestic legal effect to the Treaty with the United States.

His brother said they would be making arrangements to have him buried in Jamaica. He leaves behind two sons, three brothers, several relatives and friends.