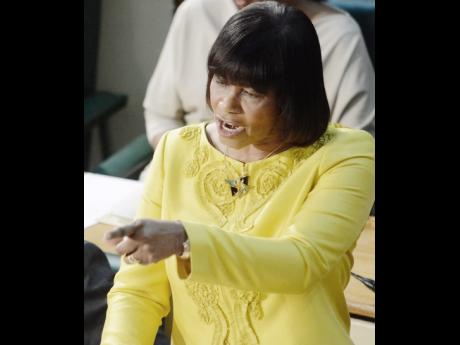 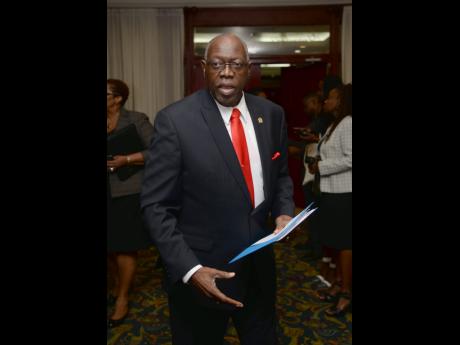 The country will today have the opportunity to leaf through the report of an audit of the health sector which at first had been clouded in secrecy in the Ministry of Health, but will now be made available to the public.

Yesterday, Prime Minister Portia Simpson Miller gave direct instructions to Health Minister Dr Fenton Ferguson to release the report to the public earlier than he had planned to publish it.

The prime minister's directive came on the heels of discussions yesterday with members of the Partnership for Jamaica National Council at the Office of the Prime Minister at Jamaica House.

The report will be published on the website of the Ministry of Health.

William Mahfood, president of the Private Sector Organisation of Jamaica (PSOJ) told The Gleaner yesterday that the partners, comprising members of civil society, academia, and the private sector, were of the view that the Government had an obligation to immediately release the findings of the health audit.

The PSOJ head said regardless of the information that was being sent out by the Government about health reforms to fix problems in the sector, the people of Jamaica had the right to receive the information as soon as possible.

"It was an impassioned discussion by some of the youth groups and women's groups and other members of the civil-society groupings, along with the private sector, that clearly outlined to the prime minister and the minister of health, that this type of crisis is made far worse by the mere fact that there is an audit that is being withheld from the public," said Mahfood in response to a question on the raging debate over the deaths of 19 babies and previous attempts by the ministry to withhold the findings of the health audit.

He said "all it does is create a lack of trust and transparency, which makes people feel that something is being hidden - that was made very clear to the minister, and that going forward, as much as possible, they need to review their means of communication to the people, and the fact that they must realise they are representing the people of Jamaica."

Ferguson has been under intense pressure to resign in the wake of the so-called dead babies scandal in which 19 babies, born prematurely, died at the University Hospital of the West Indies and the Cornwall Regional Hospital from infections caused by the klebsiella and serratia bacteria.

The Partnership for Jamaica National Council comprises the Government, trade unions, the private sector, and civil society - including representatives from the Church, women's organisations, human rights and environmental groups, and the youth.

A Jamaica House release yesterday had initially said that while "expressing confidence in Dr Ferguson's ability to lead the activities of the health ministry," the partners contended that there was an issue of perception that needed to be addressed by way of issuing the report sooner than the originally planned release next week.

However, in a subsequent "updated news release", the expression of confidence in Ferguson by the partners, which was conveyed in the initial statement, was removed.

The health minister had commissioned the audit earlier this year and the findings were presented to him in August. In September, the minister hosted a press conference in which he reportedly released aspects of the audit. However, he was reluctant to share the complete audit with the media.

Despite calls from the Opposition Jamaica Labour Party and sections of the media for Ferguson to release the report, the minister had initially resisted, claiming he would not make the audit public after consultations with several groups in the health sector.

However, on Tuesday, Ferguson relented and pledged to release the health sector audit, noting that this was being done to "prevent further misinformation (going out) to the public and in keeping with openness and transparency."