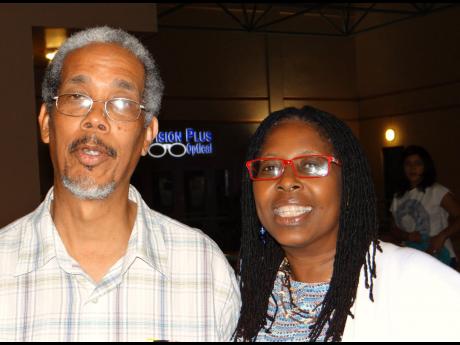 ALTHOUGH LOCKED in a straight fight with Delano Seivright to retain his East St Thomas seat, the governing People's National Party (PNP) is banking on Dr Fenton Ferguson to make it back to Gordon House as a six-term member of parliament after the next general election.

"He will have to do some work, obviously, because this issue is an emotional issue," PNP General Secretary Paul Burke said yesterday when asked about the extent to which the deadly bacterial outbreak in two public hospitals could affect Ferguson's reelection bid.

Ferguson has been taking a battering since it was revealed last month that 19 babies died after being infected with two bacteria klebsiella and serratia in two of the country's hospitals.

The dental surgeon was yesterday shuffled out of the health ministry to the labour and social security ministry by Prime Minister Portia Simpson Miller.

Seven persons died from chikungunya-related complications, and the Private Sector Organisation of Jamaica has estimated that about 13 million man-hours may have been lost to the chikungunya epidemic, potentially resulting in economic losses of more than $6 billion as workers stayed off the job while recovering.

"I know he had a very dynamic candidate last election while in opposition, and that it is felt that a lot of state resources were used in that particular constituency," Burke said in reference to the last election, which saw Ferguson just managing to stay ahead of the JLP's Dr Patrece Charles-Freeman.

But with a coordinated social-media campaign mounted to get rid of Ferguson for his stewardship in his ministry and a censure motion hanging over his head, Burke has taken the view that the truth would vindicate the PNP vice-president.

"As the facts come out, the negativity about the issue and about the minister, ... will continue to diminish," Burke said.