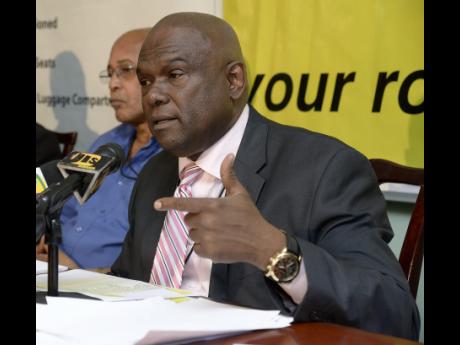 The Jamaica Urban Transit Company Limited (JUTC) has taken another step towards having the majority of its passengers use cards instead of cash to pay their bus fares, with the official launch of its Prepaid or 'Paper' SmarterCard.

Managing Director of the JUTC Colin Campbell said that commuters would be able to purchase the prepaid card at a number of outlets in the Kingston Metropolitan Transport Region in a similar way to how they purchase telephone credit.

He said that the company's goal is to have the vast majority of the adult passengers using SmarterCards.

Distribution will be through Facey Commodity and their subdistributors.

Xesus Johnston, commercial director of airtime and transactions at Facey, said the company is proud to be part of this public-private sector partnership that would help to improve the public-transport service and aid revenue collection by the state-owned bus company.