New police vehicles to be prioritised in Hanover, St James and Westmoreland 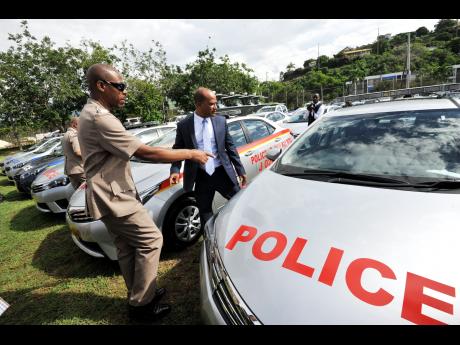 Police Commissioner Dr Carl Williams said the vehicles would be sent to the police divisions which are most in need.

"Hanover, St James, Westmoreland and those other troubled divisions will be prioritised for the assignment of these vehicles. We are going to look at the rural areas where we are having a serious challenge in terms of murders that are being recorded," Williams said during the handover ceremony at his St Andrew office.

Williams also bemoaned the state of some service vehicles currently being used by the Force. He noted that some have been in use since 1994.

He added that though 64 new cars seem like a lot, the Force needs more to do effective crime fighting.

National Security Minister Peter Bunting said the Government intended to increase the JCF's fleet by 200 vehicles by the end of the year.

Just last month, the United States government gifted 10 boats to Jamaica's Marine Police to assist in tracking down gunrunners, especially those plying the illicit trade between Jamaica and Haiti.

Bunting noted that the boats were not yet in use as they have to be formally assessed by the suppliers before they are cleared for use at sea.