Countdown to COP 21: Jamaica to sign off on team to Paris climate talks 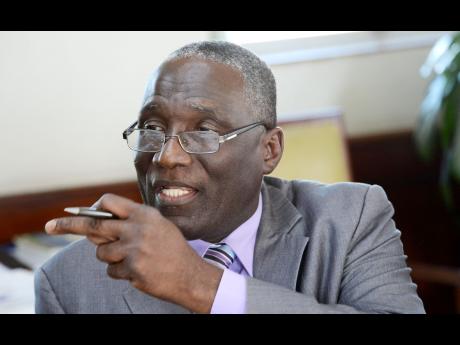 Rudolph Brown
Daley: When you have more persons, then you have the option of being present in more of the discussions.

Ja to sign off on team to Paris climate talks

AS THE high-stakes climate talks at the annual Conference of Parties (COP 21) near, Jamaica is working to finalise its team to the negotiations.

Head of the Climate Change Division Albert Daley would not name names for the record, noting that the list of team members would first have to be given Cabinet's stamp of approval.

However, he did reveal that the plan is to have a mix of at least one minister of government, together with civil society actors, alongside the island's seasoned negotiators.

Such a mix of individuals, Daley said, could prove to Jamaica's benefit - and at varying levels.

"When you have more persons, then you have the option of being present in more of the discussions ... and the opportunity to stay the course. In Poland, for example, there were discussions that went all night. And while two of us stayed up, the other two rested and took over in the morning," he added.

There have in the past been reports of smaller delegation numbers working against developing-country parties with fewer resources and fewer bodies to send to the negotiations.

Meanwhile, Daley said civil society actors could benefit from their involvement in COP 21, given the opportunities for networking at the conference, which takes place in Paris December 7 and 8.

"The NGOs (non-governmental organisations) would not be participating in the negotiations, but they would have an opportunity to showcase their own work ... and to network with other NGOs globally," he told The Gleaner.

"They can exchange information and interface with similar groups, build relationships and make connections that can be capitalised on for the future," he said.

Daley said next week could yield a strategic meeting of the team to look at how "different members will be assigned so as to cover the areas".

Jamaica, like other Caribbean countries and others forming the Alliance of Small Island States (AOSIS), is lobbying for a 1.58Celsius target as a cap in global temperatures.

Currently, what has been negotiated, in the main, is a two degrees target, which AOSIS says could prove disastrous for small islands. They, together with other developing-country parties were, however, recently able to get the 1.5 target into the draft text that will form the basis of negotiations in Paris.

Jamaica is also looking to ensure that a framework exists for addressing loss and damage from climate change, as distinct from adaptation.

According to a one-page document on the island's position for the talks - shared recently by Gerald Lindo, the officer responsible for mitigation in the Climate Change Division - Jamaica will seek, too, to have universal participation in the climate deal, along with "a robust means of ensuring transparency of action and support".

"Gaps in the current financial architecture must be addressed, including the shortage of funding for on-the-ground adaptation in the most vulnerable countries, and barriers to accessing resources for those capacity-constrained countries, such as SIDS (small island developing states)," the document added.