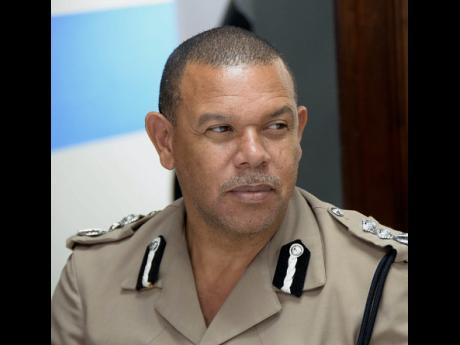 File
Blake ... internally, we are all prepared, we are far advanced. We have had three separate meetings with our command officers.

Clifford Blake, deputy commissioner of police in charge of operations, has signalled that the Jamaica Constabulary Force (JCF) is far advanced with regard to its preparations for the pending general election.

The Electoral Commission of Jamaica (ECJ), in a press notice, urged members of the JCF who are registered to vote to ensure that their names are on the Police Voters' List.

"We are prepared ... ; it is standard for the ECJ to verify the registration of police officers. Internally, we are all prepared, we are far advanced. We have had three separate meetings with our command officers, so we are far advanced in terms of preparation for electoral activities, so we are basically ready," Blake told The Gleaner.

Operations police personnel at one of Kingston's largest police stations had last month been urged to ensure that their uniforms are ready ahead of the pending general election.

In a notice that was posted at the Central Police Station in Kingston, the deputy superintendent in charge of operations said although the election date has not yet been announced, all personnel in the operations section should ensure that their uniforms are ready.

With regards to safety and security on the campaign trail, Blake pointed out that the highest level of security would be enforced.

For his part, General Secretary of the Jamaica Police Federation (JPF) Cecil McCalla said when the election is called, the federation stands ready to see to the welfare of its members.

"We have not heard as yet whether or not we are going to be having an election any time soon, but in the soundings from the powers that be, we suspect that it is coming, so we always encourage our members to be as professional as possible. So whether it's election or Christmas or whatever it is, they are expected to go out there and discharge their duties professionally, and while they do that, we are here looking about their welfare as best as possible so that they are properly taken care of," he said.