Tavares-Finson regrets Charter of Rights not going to referendum 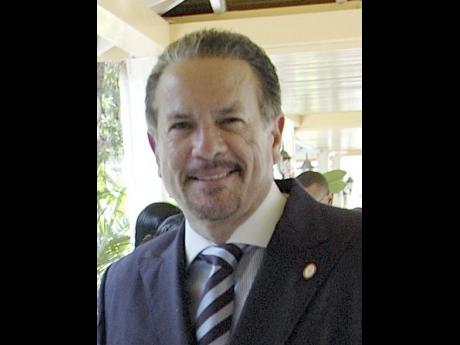 Leader of Opposition Business in the Senate Tom Tavares-Finson has rejected the notion that Jamaica cannot set up its own final court of appeal.

Opposition Leader Andrew Holness had proposed that his party would consider setting up a final court of appeal in Jamaica.

"There has been talk that those who do not support these bills are suffering from some sort of colonial mindset, such assertions could not be further from the truth and only divide on an issue for which there should be consensus and unity," Tavares-Finson said.

In his contribution to the debate on three bills to establish the CCJ as Jamaica's final court of appeal, Tavares-Finson said it was regrettable that the Charter of Rights and Fundamental Freedoms, which was passed by the House of Representatives while the Jamaica Labour Party held the reins of power, was not put to a referendum.

LEARNING FROM THE PAST

Said Tavares-Finson: "As a maturing democracy, we must heed the lessons from the past, so that we do better going forward."

Making it clear that the Opposition would not relent in its push for a referendum to decide whether the country should secede from the Judicial Committee of the Privy Council as its final court, Tavares-Finson said it was critical that the Jamaican people are required to speak and not just the 21 selected senators.

"We cannot substitute our will and judgement for that of the people, particularly as it relates to matters fundamental to the rights of the people," he said.

Tavares-Finson argued that those who had adopted a purely constitutional position on the process to decide on a final court fail to understand that the Constitution is for the people.

Highlighting aspects of the People's National Party's Manifesto of 2007, Tavares-Finson said the document stated 'we commit to a Constitution that is truly grounded in the will of the Jamaican people and pledge that, as soon as possible after the general election, we will seek consensus to pass the legislation required to achieve the main elements of constitutional reform that have so far been agreed'.

The elements of constitutional reform mentioned included a Jamaican Republic headed by a Jamaican; substitution of the Caribbean Court of Justice for the United Kingdom-based Privy Council and an updated Charter of Rights.

However, the PNP's manifesto had pledged that before the changes took effect, it would ensure that the constitutional changes are submitted to the Jamaican electorate for their approval.

Tavares-Finson also commented on a number of groups which recently came out in support of the CCJ as Jamaica's final appellate court.

He questioned: "How can we ascribe more weight to the views of these bodies combined than that of the Jamaican people?"