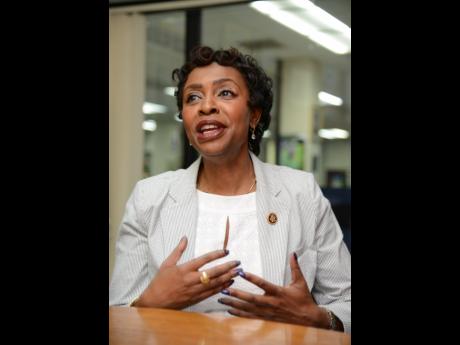 UNITED STATES Congress-woman Yvette Clarke, who has Jamaican roots, will be the keynote speaker at tonight's (Saturday) Montego Bay Chamber of Commerce and Industry's (MBCCI) Annual Banquet at the Hilton Rose Hall Resort and Spa in the western city.

The Congresswoman, who sits on the US Energy and Commerce Committee and is a member of the Congressional Black Caucus, will also have discussions on energy, manufacturing, tourism, and cybercrimes, with various local stakeholders during her visit.

Gloria Henry, president of the Montego Bay Chamber of Commerce and Industry, has expressed much gratitude that Clarke, who she described as a 'daughter of Jamaica', had accepted the MBCCI's invitation to speak at the banquet.

According to Henry, Clarke has demonstrated "successful transformational leadership" over her nine years of political representation in the New York City Council and now in the US Congress.