Primary surplus target to be revised 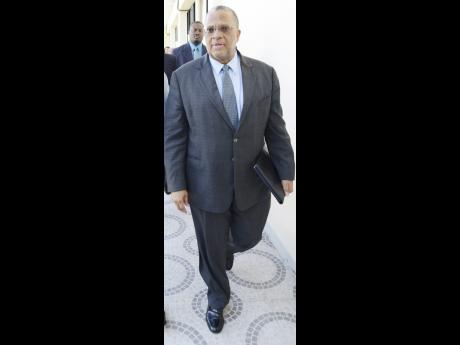 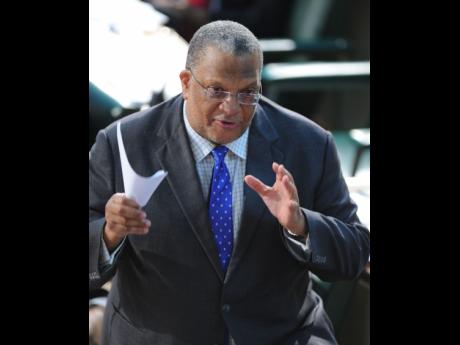 THE PRIMARY surplus target of 7.5 per cent of gross domestic product (GDP) under the economic support programme with the International Monetary Fund (IMF) is to be revised to 7.25 per cent for the current fiscal year and 7.0 per cent for fiscal year 2016-17.

An IMF staff-level agreement arrived at with the Jamaican Government, but which is subject to approval by the Fund's executive board, means that the primary surplus requirement could be reduced by $4 billion for fiscal year 2015-16 and a further $8 billion in fiscal year 2016-17, Finance and Planning Minister Dr Peter Phillips revealed yesterday.

"With macroeconomic stability now well entrenched, and the debt dynamics improving, the authorities and mission agreed that a loosening of fiscal policy and a realignment of monetary policies were both warranted to better support the real economy," IMF Mission Chief Uma Ramakrishnan told a press conference at the ministry's offices in Kingston.

"To this end, a staff-level agreement was reached to lower the target for the primary surplus to 7.25 per cent of GDP for this fiscal year and to seven per cent of GDP for FY (financial year) 2016-17," Ramakrishnan said, following the 10th quarterly review of Jamaica's programme with the Fund.

"This additional fiscal space will provide an opportunity to increase public spending on capital outlays that boost growth and job creation as well as to continue to protect social spending," the mission chief said.

Phillips said the 10th review, "in my opinion, has been the smoothest since we have been having this programme, and our shared assessment is that Jamaica's macroeconomic stability is well entrenched and our economic recovery is well under way given our projections for growth."

Speaking at the same press conference, the finance minister attributed the smoothness of the review primarily to Jamaica's performance under the programme. "That is to say, the effect overall, of the measures that have been put in place so far has been positive, and thus, whereas, for example, at the start of the programme we had to be closely monitoring the returns on revenues and the fiscal expenditure accounts, the pressure in that regard has not been as great."

Phillips said "much of what I speak of is not visible to the general public", but in the early period of implementing the programme they have had to "almost day by day" monitor the inflow of revenue and the performance on the fiscal and monetary targets to ensure that they were met.

In contrast, "At the present time, on almost every measure, we have met the target with ease and with significant margins ... because of the effects of the programme and the greater efficiencies in Customs, in Tax Administration Jamaica, and the Ministry of Finance and the other agencies," said Phillips.

In addition, having noted that the Net International Reserves (NIR) stood at US$2.9 billion at the end of October, Phillips said that the Bank of Jamaica met its monetary targets in relation to the NIR with significant positive margins.

Referring to the proposed reduction in the primary surplus target, Phillips emphasised that the specific objective agreed to at the staff level is in order to facilitate the capital investments that would induce growth.

"So it is not $4 billion to just facilitate consumption activity," the finance minister said. "It is in order to enable the momentum of growth to be intensified and in order also to ensure that this growth will result in a reduction in our debt-to-GDP ratio because, ultimately, if we are to be in a strong position to deal with the uncertainties of the world-market situation, which continues to be fragile, we cannot continue to carry the weight of this debt."