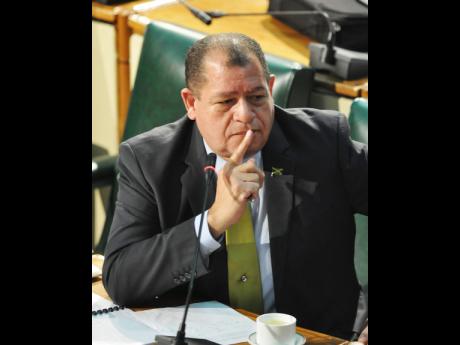 Opposition Spokesman on Finance Audley Shaw has expressed concern about the timing of the decision of the International Monetary Fund's (IMF) to lower the primary surplus target under Jamaica's economic reform programme.

The IMF announced the decision to lower the primary surplus target from 7.5 per cent of gross domestic product (GDP) to 7.25 per cent for this fiscal year, and 7.0 per cent for the 2016-2017 fiscal year as it completed the 10th review programme.

But Shaw has charged that the move has come at a most curious time.

"The timing of this concession by the IMF curiously coincides with the eve of national elections here in Jamaica. While the Opposition welcomes a lowering of the primary surplus target, the relaxation, considering the time at which it has come, is exposed to being interpreted as political interference on the part of the IMF, as it could free up the Government to embark on an election spending spree.

"In these circumstances, the minister of finance must be absolutely transparent in explaining how this money will be spent," said Shaw.

The opposition spokesman argued that if Finance Minister Dr Peter Phillips is to be transparent, he could start by granting funds to the Ministry of Health to ensure adequate sanitation in our hospitals, thereby avoiding further outbreaks of infectious diseases.

"Notwithstanding the curious timing, one would have hoped that any move on the part of the IMF to lower the primary surplus target would have seen a lowering in the order of 5.5 per cent of GDP rather than the lowering to 7.25 per cent and 7.0 per cent for the remainder of the current fiscal year, and the upcoming fiscal year, respectively," added Shaw.

Phillips has already indicated that the approximately $4 billion which will be freed up by the reduction in the primary surplus target will not be used for consumption.

"It is in order to enable the momentum of growth to be intensified, and in order to ensure that this growth will result in a reduction of our debt-to-GDP ratio," Phillips told a media briefing last Friday.