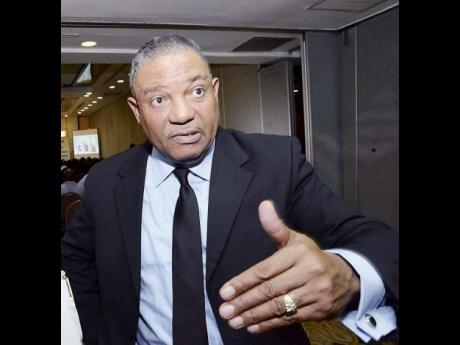 THE FAMILIES of eight preterm babies who died during an infection outbreak at the University Hospital of the West Indies (UHWI) now want the health facility to write off the remainder of their bills, which run into millions of dollars.

One parent revealed yesterday that the request was made last Thursday when Jamaican hospital administrators and newly appointed Health Minister Horace Dalley met, for the first time since the scandal came to light, with eight families.

The family of the parent with whom The Gleaner spoke still owed the UHWI "way over a million" for the delivery of their daughter and is finding it difficult to make the payment.

According to the family member, who The Gleaner has chosen not to identify, hospital officials declined to give a commitment, but indicated they would consider the request.

"One parent asked the question [during the meeting] and they said they would get back to us," the parent told The Gleaner.

Several attempts yesterday to get a comment from Dalley and UHWI Chairman Sterling Soares were unsuccessful, as calls to their mobile phones went unanswered.

A total of 19 preterm babies died during separate outbreaks of serratia and klebsiella infections at the UHWI and the Cornwall Regional Hospital, in St James, earlier this year. In the wake of the scandal and a damning audit report on the conditions at some of the country's main public hospitals, former Health Minister Dr Fenton Ferguson was stripped of the portfolio and reassigned to the Ministry of Labour and Social Security.

The health ministry acknowledged, in a statement released last Friday, that Dalley met for more than three hours with eight families of babies who died at the UHWI.

"Minister Dalley empathised with the mothers and fathers and told them that he wanted to express his personal feeling of sadness for their loss as the public discussion did not seem to be mindful of the grief that they must be feeling," the ministry said.

However, while lauding Dalley's and the hospital's management team for offering their personal apologies, the family member told The Gleaner that the discussions fell short of what the families expected.

"The minister said he wanted to meet with us face to face to know who we are and hear from us about what took place, hear our side of the story," the family member disclosed.

"They [Dalley and the hospital management] were being very sympathetic towards the parents, apologising, saying that they were sorry," added the parent.

However, the parent said no one accepted responsibility for the deaths and that there was no indication of how the Government or the hospital plans to assist the families.

"Nothing can really replace my daughter, but I wanted to hear more. Are they going to cancel the hospital bills for the families of the eight babies who died?" the parent questioned.