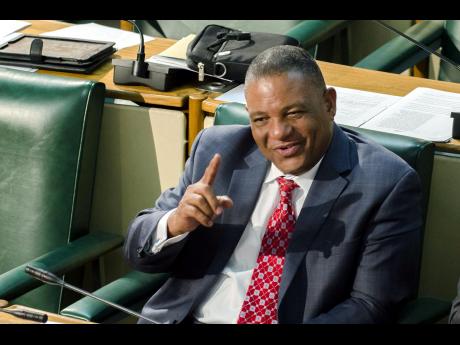 The private sector is applauding the "swift" action taken by newly appointed Health Minister Horace Dalley in holding hospital managers accountable for the tragic circumstances that led to the deaths of 19 premature babies.

One week on the job and already Dalley has asked the boards of the University Hospital of the West Indies (UHWI) and the Western Regional Health Authority (WRHA) to step down.

"As a matter of accountability, I have asked the boards of the University Hospital of the West Indies and the Western Regional Health Authority to resign and they have. The Cornwall Regional Hospital board will also be asked to resign," Dalley told The Gleaner yesterday.

"The UHWI board has not been reviewed for a long time, and so I have asked them to resign and they have graciously tendered their resignation. I thank both boards for their service and work under trying circumstances and I will be announcing two new boards for these two areas tomorrow (Tuesday)."

Four outbreaks of klebsiella and serratia bacteria at UHWI and Cornwall Regional over a five-month period, beginning in June, resulted in 42 premature babies being infected. Nineteen of those babies have died.

Prime Minister Portia Simpson Miller had said "this recent outbreak has caused more deaths than is the norm in hospitals in Jamaica and developed countries."

WRHA, whose chairman was Calvin G. Brown, oversees the operations of Cornwall Regional.

Located in St. Andrew, UHWI does not fall under the jurisdiction of SERHA, whose chairman is Dr. Andre Cooke, although it is partly funded by the government. It was also not part of the audit done of the regional health authorities.

According to the ministry of health, UHWI is a regional hospital in which all governments of the Caribbean region have a stake. The Jamaican health ministry has a monitoring role and the hospital’s board of management provides oversight of its management. UHWI’s outgoing chairman is Sterling Soares.

When asked about the fate of SERHA's board, Dalley said he was "yet to reach there. I am examining all the things I have to do".

Since the dead babies scandal broke in October, calls have been coming in from various quarters for heads to roll and for the responsible persons to be held accountable for the tragedy.

The prime minister had relented under pressure and relieved Dr Fenton Ferguson of his post as health minister, reassigning him to the labour and social security ministry.

Ferguson, who has come under immense pressure for almost back-to-back crises in the health sector, was chastised after he admitted that he learnt about the outbreaks almost five months after the first was detected.

Not satisfied with Ferguson's reassignment, Metry Seaga, president of the Jamaica Manufacturers' Association, has been calling for greater accountability in the deaths of the babies.

Yesterday, Seaga told The Gleaner he was pleased with Dalley's actions.

"It seems as though persons are being held accountable for what took place, and that's all we have been asking for, so we applaud the minister for his immediate action after becoming minister. We hope that it is not a witch-hunt and that no one is being victimised and that the right people are meant to answer for the horrible mistake," Seaga said.

As it regards more action of accountability, Seaga said he was leaving that up to the minister, but "I now have full confidence that he is moving in the right direction".

He said, as promised, his organisation would continue to watch the actions of the minister, not only in how he handles the deaths of the babies, but his overall management of the health sector.