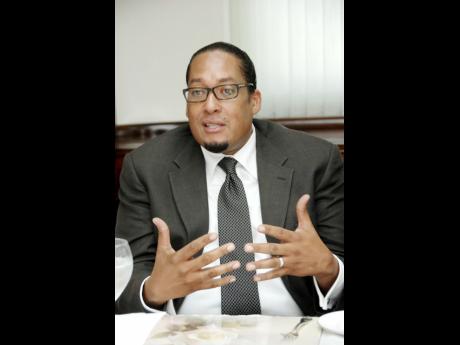 Despite a raging political firestorm in Northern Trelawny, John-Paul White, the man who stands at the centre of the fury, yesterday declared he had no intention of stepping aside as the People's National Party (PNP) candidate for the constituency.

White told The Gleaner he had no reason to step back as candidate, adding that if asked by the party to do so, "they would have to have a good reason to".

The civil engineer further said he could not "even start to think about" any reason he should not go forward as the PNP standard-bearer.

The Gleaner understands that Lisa Hanna, the chairman for the PNP's Region One, which covers six constituencies in St Ann and Trelawny, has been pushing for Damion Crawford to be sent to North Trelawny.

"There is nothing concrete in stone, but, as it is, J.P. White is the candidate," Burke said.

The announcement of White's candidacy has been met with fiery protests by some Comrades, angered by his sudden emergence in the constituency, many of whom have burnt shirts bearing his image and have vowed not to support the party in the upcoming election.

White said he believed there was a move afoot to destabilise him but that, based on the feedback he has been getting from the people of North Trelawny, the majority of the people are happy to have him.

The Electoral Office of Jamaica records the number of electors in North Trelawny at 35,671, up from 33,029 in the last election when there was a 59 per cent voter turnout. The national average was 53 per cent.

The PNP has held North Trelawny since 1989, winning the last election by 2,321 votes.