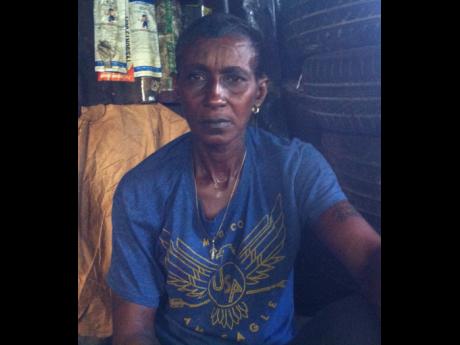 Joy Brown, a 40-year-old resident of Glendevon, St James, is more than familiar with the pain of losing an offspring to gun violence. Just over 10 years ago, she lost two sons in separate incidents, which left her traumatised.

"It is something that I will never get over ... . These are two boys that I brought into this world and gave tender-loving care to," said Brown, brushing aside the tears forming in her eyes.

Thirteen years ago, he was pounced upon by gunmen along the Glendevon main road and riddled with bullets.

"He was living in England and he came home to bury his father. While he was here, his uncle also died, so he stayed back for his funeral," said Brown.

"He was killed the day after his uncle's funeral."

Interestingly, Lloyd's only child, a daughter, was born after his death. She is now 13 years old, and according to Brown, "She reminds me so much of Pablo."

While still grieving the death of her eldest son, the heartbroken Brown was to suffer yet another tragic loss. Two years later, her 14-year-old son, Gregory Ricardo Nicholson, also known as 'Bunjie', was shot dead during a period of unrest in the sometimes-volatile Glendevon community. He was a grade-nine student at Hendon Primary and Junior High School.

"Man, I don't like to think about it, much less talk about it," said Brown, seemingly hurt by the memories.

"Imagine you are mourning the death of one child and they just kill another like that ... . The pain is still standing up right here in my chest."

While she has her granddaughter and six other children to bring a semblance of comfort to her at times, for Brown, there will always be a soft spot in her heart for Pablo and Bunjie.