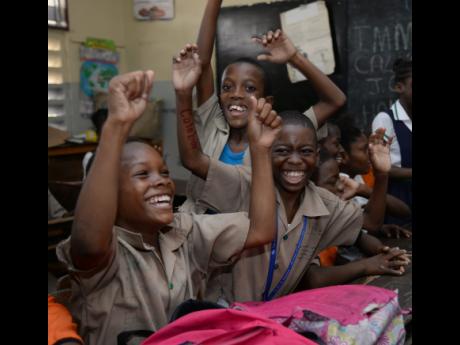 The 2015 Gleaner-Bill Johnson Grade Six Achievement Test (GSAT) rankings show that prep schools continue to outperform their primary-school counterparts in the exams. Educators, citing a number of reasons for this, including the level of parental support that one set of students get over the other, are calling for measures to close the gap.

Janet Walsh-Davis, secretary of the Jamaican Independent Schools' Association (JISA), has called for more collaboration between primary and prep schools to bridge the gap in the performance between public and private institutions.

In an interview with The Gleaner, Walsh-Davis said school principals have to become more open to working together.

"When we continue to close our space and behave as if we know everything, then the wheel stops, and we can't let the wheel stop because it's the children that we are working for. So, we have to be open to collaborating and sharing best practices," she said.

"The primary schools have many more students to contend with per class, so it does not give that single teacher the opportunity to reach the kids in the manner necessary to get the kind of results needed. I also look at environment and exposure. I look at the many things that the prep-school students are exposed to, based on the job that the parents do, the family tradition, and the different places that they go," she added.

The methodology employed by pollster Bill Johnson gave the schools a weighted score based on their performance in the five GSAT subject areas.

In the analysis, a school could score a maximum of 400 points based on the quality of the score for each student entered for the exam. Additionally, individual scores above 262 were deemed to be better than the national average.

While prep schools led the rankings for all parishes, except for Portland and Trelawny, where Shirley Castle Primary and Hastings Primary came out on top for their respective parish, the top primary schools in each parish continue to hold their own in the rankings.

Matthew Sinclair, principal at Mannings Hill Primary School, the second-highest-ranked primary school in Kingston and St Andrew, is of the view that the calibre of students that prep schools attract puts them at an advantage.

"They (prep-school children) really don't have the factors that will derail them from performing. The parental support is there, unlike in some of our primary schools," he said.

"In a prep school, apart from the big money that is being pushed out by the parents, they are very actively involved in their children's schooling. Therefore, the home support, in terms of school, is there. You may not necessarily find that level of involvement in primary schools."

Dawes further argued that the teaching expertise in prep and primary schools is on par, but the extra support from parents makes the difference for prep schools.

Sharon Anderson, principal at the McIntosh Memorial Primary School in central Jamaica, believes that greater parental involvement and smaller class sizes can go a long way in bridging the gap between primary and prep schools.

"What we can do to bridge the gap is to have smaller class sizes and then to get the parents more involved in teaching and learning and in their children's educational development," she said.