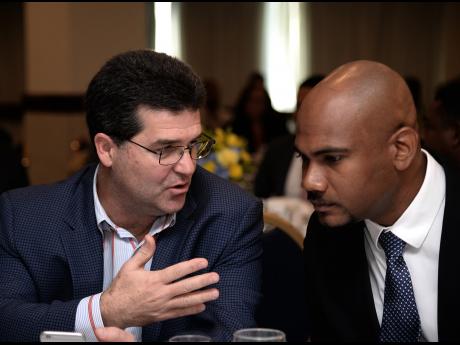 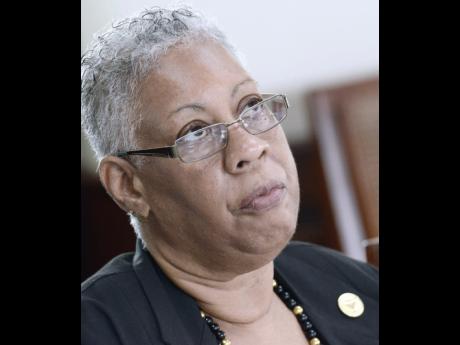 Blaming politics for the reason Jamaica's health sector is in its diseased state, Dr Alfred Dawes, immediate past president of the Jamaica Medical Doctors Association (JMDA), has sounded a defiant call to action for Jamaicans to unite to rescue the "soul of the country".

"The recently released controversial audit report of the regional health authorities only provided a glimpse into how bad the state of affairs was in the public health sector. However, the audit revealed no surprises for those who either use the public-health facilities or work in them," Dawes told a gathering yesterday at the Private Sector Organisation of Jamaica's (PSOJ) President's Forum at The Jamaica Pegasus hotel in New Kingston.

"What should be the big surprise is why nothing was done to fix the problem before it got to this stage. Surely, those who ought to know would have recognised the downward spiral long before it reached this stage."

Noting that this was by no means the first study that had been conducted on the state of Jamaica's health sector, he said that what was inconceivable was that with a plethora of audits and recommendations over the years, the powers that be did nothing to correct the deficiencies in the system nor did they carry out the necessary reforms that could have easily addressed the challenges now being faced.

"Across the country, there is a palpable sense of shock and disbelief as to how this could have happened in a democracy built on the principles of transparency and accountability. But there is one simple explanation: politics!" he declared.

The outspoken Dawes, who resigned earlier this year as president of the JMDA, also lamented that too many good persons who have the interest of the country at heart are afraid to speak out for fear of being victimised, saying that in fact, those fears were not unfounded.

He said the problem is that it was not one authoritarian government that was driving fear into the hearts of persons who would not speak, but it was a "fascist orchestra with rotating conductors that has silenced critics for fear of reprisals".

He shared: "A department head once told me that she was asked by her CEO to change her report as she kept putting together the same wish list to be submitted to the Ministry of Health. Her report made it seem as if nothing was being done by the hospital administration.

"At the other end, the Ministry of Health's top officials report that they are consistently left in the dark about the true state of what is happening in the hospitals and the health centres. To compound this, frequent reminders are sent to staff members that speaking publicly about their jobs is a breach of the staff orders that govern their employment.

"With this inculcated fear of repercussions, there is no surprise that only a few have spoken up about the progressively worsening state of affairs."

The resolute doctor continued: "So who are these feudal lords who tighten the screws on whistle-blowers and whitewash reports going to the top? And why are they more concerned with keeping up appearances rather than addressing the ills in the sector? It is all about politics!"

Acknowledging that he had come to realise that politics could be separated from health care in Jamaica, he stressed that the public sector, not just health, was rife with too many persons holding office based on political appointments and promotions rather than on merit.

"We all know that there are appointments to public office and promotions based on political affiliation rather than merit, which has led to a governance issue in the Ministry of Health, where the decision makers and those who implement policies are not necessarily the best at what they do, nor do they put the interest of the country above those of the party," said Dawes.

"Were successive administrations really concerned about the development of the nation, they would employ competent managers. The policies implemented and maintained would not be geared towards appeasing their donors and loudest supporters but would be consistent with the dream that Jamaica, with its blessing of location, history, and people, can one day regain her place as the jewel of the Caribbean.

"We, however, cannot expect this from those whose only objective it is to remain in power and shower their supporters with scarce benefits and spoils."

He said that Jamaicans were fed up and had now reached the tipping point, demanding greater accountability, transparency, and good governance.

DID NOT HAPPEN OVERNIGHT

Janet Farr, president of the Nurses' Association of Jamaica, said it was obvious that the current state of the health sector did not happen overnight.

"Health has not been seen as a priority in this country. In countries that are doing well, they look at the health of the nation as the wealth of the people, and that's how you succeed as a nation. You put more money and resources into health, and so you can move your country forward. That's the only way to build a successful country," Farr told The Gleaner.

"As it stands, it is the persons who work in the health sector who have been holding it up. So over the years, public-health workers have learnt to do with little or nothing, and so things have been progressively going down and have reached the point where we are at now."

She said persons who work in the public health are very well trained, but because they are not getting the resources to work with, they end up being frustrated out of the system, "and this is why we have so many persons leaving and taking their skills and training elsewhere".

Farr said the health sector suffered from an accountability and governance problem.

"With the decentralisation that created the current structure, with one head office and four regions, there is so much overlapping you don't even know who is the boss. We really do have a lot of problems in the system that need immediate correction," she stressed.

"We need to get to the point where we don't put politics in health. The fact is, we cannot continue to slide down this path. Jamaicans must be fed up with what is happening. The simple fact is that you want to know that when you are ill, you can go to a health facility and get better. It is unfair for the little man who is ill and goes in for health care to sit and wait for long hours. The entire system needs an overhaul - how we carry out our jobs, the resources available, the management structure, everything!"