MoBay, the capital of castles ….Holness’ house pales in comparison 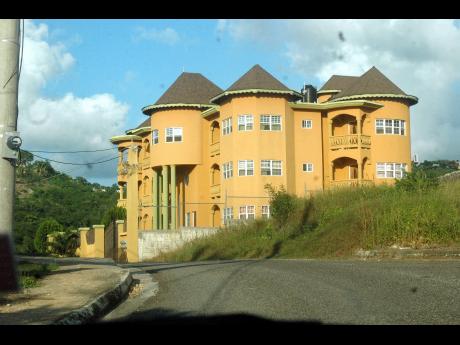 Located in Westgate Hill, Montego Bay, is this mansion. 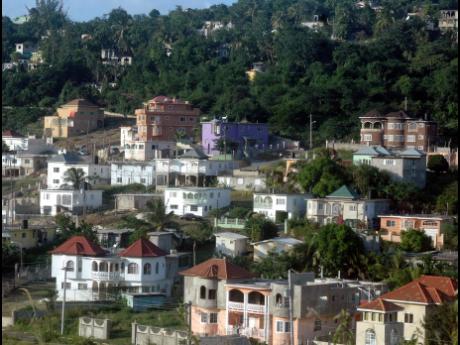 Adrian Frater
Mansions sprawled in the hills of Rosemount Meadows and Rose Heights. 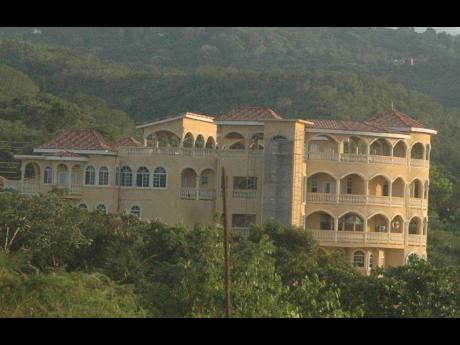 One of the mansions in Ironshore, Montego Bay. 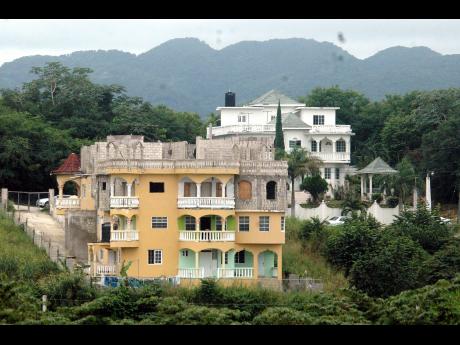 This house is seen in the upscale neighbourhood of Porto Bello.
1
2
3
4

For many persons in Montego Bay,

St James, including residents of some of the city's 23 informal settlements, there is nothing special or unusual about the house being constructed by Opposition Leader Andrew Holness as it is no more palatial than some of the elegant homes in their neighbourhoods.

In upscale communities such as Spring Farm, Ironshore, Coral Gardens, Bogue Heights and Westgate Hills, eye-catching mansions are a dime a dozen.

Though on a lesser scale, informal communities such as Rose Heights, Bottom Pen and Norwood also have impressive mansions dotting their landscape.

"Montego Bay people don't frighten fi big house. We have big houses all over the place," said builder Errol Lamey. "There is hardly one community where you will not find one or two mansions."

Citing the excitement being created over the house being constructed by the opposition leader, while addressing Jamaica Labour Party rally in Granville, St James, on Sunday, Dr Horace Chang, member of parliament for North West St James, said one of his constituents went to look at Holness' house and was left disappointed based on his expectations.

"One of my brethren dem in Norwood went all the way to Kingston to look at the house, and when he came back, he said, 'Boss, a foolishness! The house nuh bigger than mine!'," said Chang, recounting the conversation he had with the man.

Some sections of Chang's North West St James constituency, which is home to the vast majority of the city's informal settlements, are chock-full of mansions, some with elaborate stone walls.

While there will always be questions about the source of funding for some of the houses, there are many that were constructed legitimately by ordinary Jamaicans.

"Many of these houses belong to persons who came to Montego Bay in the 1960s and 1970s to work in the tourism industry," a Norwood resident told The Gleaner. "Because they were not able to find proper housing, they captured lands here in Norwood. Some of these really big houses are the product of 40 to 50 years of really hard work."

Some of the huge houses are located in areas where there is a lack of proper roads and regularised water and electricity.

Additionally, the St James Parish Council is losing millions of dollars in potential revenue from building fees and property taxes, which get lost in the informal structure of the communities.

Only recently, prominent Montego Bay businessman and noted land developer Mark Kerr-Jarrett called on the Government to move swiftly to regularise the informal settlements, which are also linked to the rampant criminality plaguing the Second City.

"Thousands of people came to Montego Bay, but the [planned] housing was never done," said Kerr Jarrett, in speaking to the creation of the informal settlements. "That is why we have these many squatter communities right now. I am a firm believer that things will not change until we retrofit these communities and find a way to put the parcels of land that the people have built on into their hands with a title."