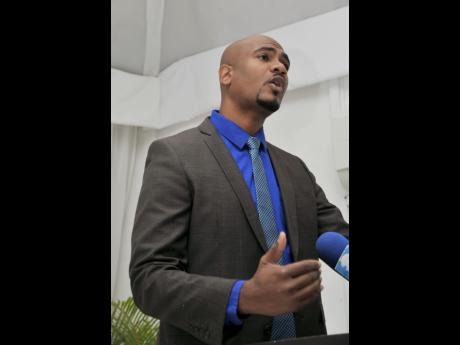 Dr Alfred Dawes, immediate past president of the Jamaica Medical Doctors Association (JMDA), has accepted the call from Health Minister Horace Dalley to meet and discuss concerns in the sector.

"We spoke this (yesterday) afternoon and we are planning a one-to-one meeting. He actually said he is interested in what I have to say and is willing to discuss concerns and suggestions," Dawes told The Gleaner.

Dalley said on Wednesday that he was willing to meet with the former JMDA president to discuss gaps in the health sector and to seek solutions to remedy the issues. He extended the invitation after Dawes told a gathering at the Private Sector Organisation of Jamaica's (PSOJ) President's Forum on Tuesday that politics and a fear of being victimised were major factors contributing to the deterioration of the health sector.

Dawes is to present to the minister issues that have been plaguing the country's health sector. He also plans to table resolutions for these problems.

" ... I will be putting pen to paper to spell out the ideas and concerns in preparation for the meeting," Dawes said.

The outspoken medical practitioner also encouraged citizens to find ways to be nation changers and not only talk about problems.

"I decided to reach out to the minister because it's one thing to advocate for change, but it is another thing to be a part of the change. We will never get anywhere if all we do is criticise and not try to do something," he told The Gleaner.

"He has extended his hand to hear what I have to say, and as long as he is genuine, I want to be a part of the solution. I want to also encourage other persons who are just as outraged with whatever issues they encounter, not just to talk about it, but try to find different ways to remedy the situation. Whoever is willing to see changes, I am also willing to offer my suggestions, whichever side of the political divide," he declared.

He added: "There are other areas, such as patient care, that I will be raising as well. When I was president, the president of the Nurses Association of Jamaica (Janet Farr) and myself were planning a campaign in customer-service training and professionalism - not only for doctors and nurses, but health-care workers in general. Unfortunately, I demitted office before that came to fruition, so that's an issue I want to introduce to him.

"We have been getting a lot of complaints as to how patients are treated, so it's not just politics. There are other issues that persons are concerned about. There has to be a wholesome approach to health care."