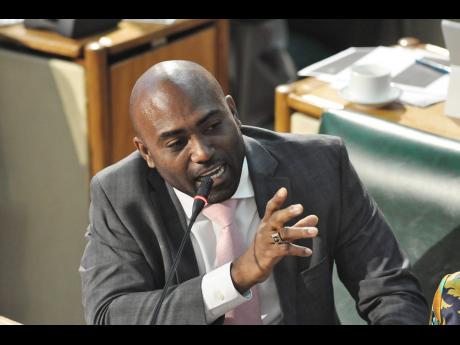 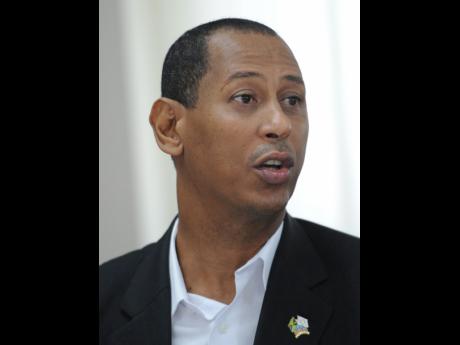 Member of Parliament (MP) for St Andrew Eastern AndrÈ Hylton believes a $15-million cap per candidate to finance political campaigns would be ideal, especially for constituencies that are considered battlegrounds.

Currently, each candidate can spend up to $10 million on a campaign after the figure was moved from $3 million in 2011.

In opening the debate on the Representation of the People (Amendment) Act, 2015, or the so-called campaign finance bill, Phillip Paulwell, minister with responsibility for electoral matters, indicated on Tuesday that parliamentarians should seek audience with the Electoral Commission of Jamaica (ECJ) if they wanted the $10-million ceiling for campaign spending to be increased.

In an interview with The Gleaner on Wednesday, Hylton explained that a number of factors were integral to ensuring a successful campaign.

"I believe it could be a bit more. I think $15 million would be a good place to start due to the fact that there is an increase in prices overall, and secondly, you also have a larger group of persons - certainly from the People's National Party standpoint and from my constituency - offering themselves to work before and during an election," Hylton said.

"Constituencies are different. When you consider constituencies like mine, which is a battleground area, where the seat can go either side and there is high competition, a lot of resources are needed. There are a number of factors that should be taken into consideration," he said.

He added: "In terms of some of the areas that the money would be used for, a major part of it would be advertising. Transportation on the day of election is also a factor, [as well as] food and other organisational [expenses]. We, however, have to make do with what we have and ensure that we apply wisdom in all we do."

"Based on your current expenditure and the actual cost for things right now, the amount is certainly not ideal. In fact, the rapid devaluation of the Jamaican dollar is a huge detriment to the issue. Ten million dollars would have been appropriate when the dollar was J$86 to US$1 in 2011," he told The Gleaner.

"In real terms, transportation, paraphernalia such as flyers, T-shirts, and paying the workers are expenses you have to bear. When we look at deep-rural areas, where you have to drive very far to get persons to the polling stations in those constituencies, you need more vehicles. It is a lot of work," Wheatley charged.