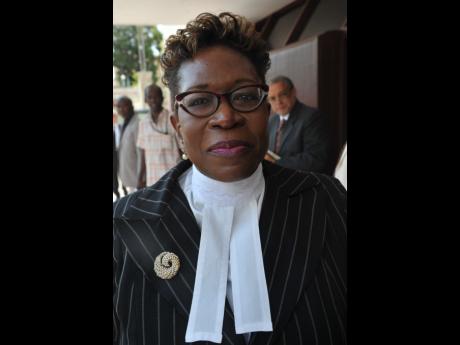 RIDICULOUS and absolutely insignificant. Those were just some of the words used by private-sector leaders and one government watchdog group to describe the maximum penalty of $1,000 and/or three months in prison for persons found guilty of breaching the government procurement guidelines.

The assertions came yesterday after the Office of the Director of Public Prosecutions (DPP) reversed a ruling it made in April, and has now asked the Police High Command to launch a criminal investigation against former People's National Party Mayor of Lucea Shernette Haughton.

The investigation is linked to claims contained in a damning report released by the Office of the Contractor General (OCG) that 22 contracts, valued at more than $3.7 million, were awarded to relatives and persons connected to the former mayor.

The about-face by the Office of the DPP was outlined in the Supreme Court yesterday as lawyers for the OCG sought leave to seek a judicial review of the decision not to recommend criminal charges against Haughton.

DPP Paula Llewellyn told The Gleaner after the court hearing yesterday that the OCG's report has already been dispatched to Police Commissioner Dr Carl Williams, with a recommendation that Haughton be investigated for possible breaches of the procurement guidelines and misconduct in public office.

Section 40 of the Public Sector Procurement Regulations 2008 states that: "A person who contravenes these regulations or aids, abets or otherwise knowingly facilitates or is an accessory to the contravention of these regulations, commits an offence and is liable, on summary conviction in a resident magistrate's court, to a fine not exceeding one thousand dollars or to imprisonment for a term not exceeding three months or to both such fine and penalties."

"Let's look at the specific case of the councillor in Hanover. In that case, I think the amount of [alleged] breaches was in excess of $3.4 million ... . I think it's ridiculous that the penalty is a $1,000," William Mahfood, president of the very influential Private Sector Organisation of Jamaica (PSOJ) declared yesterday.

"A fine of a $1,000 is absolutely ridiculous," Metry Seaga, president of the Jamaica Manufacturers' Association, chimed in.

Professor Trevor Munroe, executive director of the National Integrity Action, described the penalty as "absolutely insignificant" and joined with Mahfood and Seaga in calling for a comprehensive overhaul of the procurement regulations.

"The legislature needs to urgently review the penalties attached to corrupt acts, to ensure that punishment constitutes a significant deterrent against such activities," Munroe said.

He pointed to a proposal by the previous Jamaica Labour Party administration that would significantly increase the fines and penalties for breaches of anti-corruption laws, but said "as far as I am aware, the necessary follow-ups have not been done".

For his part, Mahfood wants lawmakers to move away from the fixed penalty, which, according to him, disregards the value of the infraction, and utilise what he described as a "progressive approach".

"So it would be a progressive mandatory sentence and fines for the individual, the higher the amount of breach, based on the value," he added.

The PSOJ boss said increasing the penalty would help to raise the standard of accountability in how public funds are disbursed.

Seaga said his association was of the view that the Government's procurement policy does not work.