ESET, JPS not worried by bankruptcy 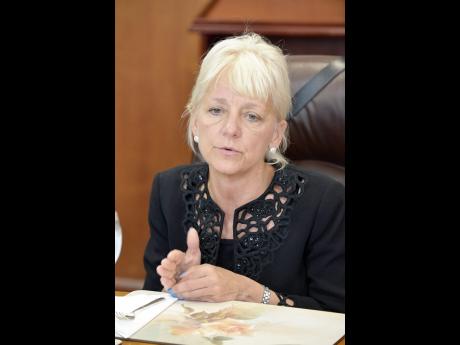 LIGHT AND power providers, the Jamaica Public Service Company (JPS) said yesterday that it is getting independent advice from its lawyers on whether to proceed with a contract with Spanish firm Abengoa to construct its power plant at Old Harbour, St Catherine.

Kelly Tomblin, the chief executive officer of JPS said yesterday that its shareholders held a conference call with Abengoa to discuss the way forward.

The JPS, with the assistance of AMEC Foster Wheeler, a consultancy firm, selected Abengoa whose package consists of general electric combined cycle frame 6B gas turbine. The light and power company was in the process of negotiating a performance contract when the matter of the bankruptcy came to light.

"We were never going to enter into a performance contract until we had some assurance about their financial abilities," Tomblin said.

She said that December 9 was the deadline for Abengoa to satisfy JPS of its ability to undertake the project and hinted that the light and power company is getting ready to move beyond Abengoa.

"Their problem is that they have some debt coming due but they don't have the cash to pay. They are going to try to utilise their assets and do other things but that takes too long so we won't be able to wait out that," Tomblin said.

The Electricity Sector Enterprise Committee, ESET, said that while it is watching the developments, it is not totally concerned at this point.

Profesor Alvin Wint, a member of the ESET, said that in addition to Abengoa, other entities had submitted detailed bids to construct the power plant and they would be in line to be considered to take on the project.

"We will be requiring that they move quickly and if they need to go to a plan B they go quickly," Wint said.

Both major shareholders of JPS, Marubeni and Korea East West Power Company Limited have committed to each inject up to 50 per cent of the approximately US$990 million equity that is required to develop the 190 megawatt power plant by year end.

The JPS intends to raise approximately US$210 million in debt funding to help finance the project.