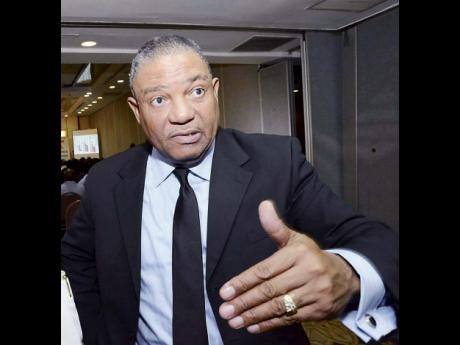 THERE WAS no State-sanctioned burial of any babies on the weekend, even though the necessary paperwork was in place to facilitate such an endeavour, Health Minister Horace Dalley has revealed.

Dalley told The Gleaner last night that media reports to that effect were triggered by the collection of some 65 bodies of babies, most of whom were stillborn, from the morgue of the Kingston Public Hospital.

Brown's Funeral Home, in keeping with its standing arrangement with the Government, collected the bodies on Friday, but none of them have been buried yet, the minister insisted.

Dalley came to this conclusion during yesterday's emergency meeting with the management of the Victoria Jubilee and Kingston Public hospitals, at which officials from the South East Regional Health Authority, a team from the health ministry, as well as its permanent secretary and the chief medical officer, also attended.

"Having sat down with them for several hours, now I am satisfied that all the steps were taken, all the proper procedures were in place for the State to carry out these burials, and I stand by what they have given me," Dalley told The Gleaner last night.

He went on to explain that the pile-up of bodies was as a result of delays in carrying out the postmortems, as well as in the preparation of burial orders by the Registrar General's Department (RGD).

"It's just unfortunate that all the burial orders were sent in by the RGD last week and they contacted Brown's Funeral Home, with which they have had a standing arrangement for years, and they came to collect the bodies on Friday and that is how the story broke," he said.

However, even though all the mothers of the babies in question have given authorisation for the State to carry out the burials, the minister, electing to err on the side of caution, has directed that the procedures be suspended.

"I have said no more burials for another 48 hours. Go back and recontact all of the mothers to see if they still stand by their authorisation, or do they want to do the burials themselves. I have taken that ministerial decision.

"I have told them, get all of your social workers that you can find in the system, bring in some new social workers for even a week or two or three. Call every mother and say to them: 'Do you still stand by your authorisation?' And if so, the State will proceed with the Christian burial of these babies."

With some 10-12 of the 500 children per month born at the Victoria Jubilee Hospital on average being stillborn, burials usually take place every month, but none has happened since as far back as March, hence the pile-up of bodies.