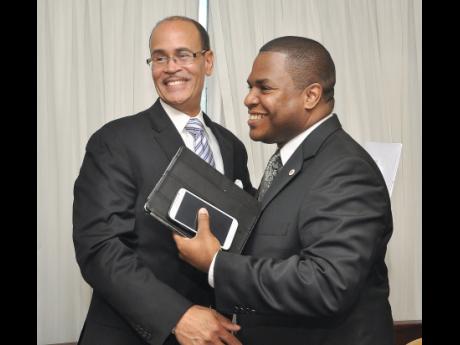 Trinidad and Tobago author, academic and imam from the Nation of Islam, David Muhammad, says it is highly unlikely that Jamaica and the rest of the Caribbean will face an attack from persons loyal to Islamic State of Iraq and Syria (ISIS).

According to Muhammad, the probability of Jamaicans and Trinidadians dying from local crime and violence is more real than an ISIS attack.

"Trinidad and Tobago and Jamaica have alarmingly high murder rates that create a huge threat when compared to the threat of terrorism within in our society," said Muhammad.

"However, both societies face real mathematical probabilities where the likelihood of dying by a terrorist attack is still much less than anyone ... dying by drowning at the beach, a car accident or even dying from food poisoning," added Muhammad.

He charged that the hysteria in the region about a possible ISIS attack is being fuelled by a "racist narrative" and a "political band-waggonist approach" which sees countries being requested to put money and resources into something that is unlikely to affect them in the way the region is affected by the drug trade or trafficking in guns.

"If our political authorities were to invest just a fraction of the money that is being invested in anti-terrorism campaigns in stopping the drug trade and illegal arms and ammunition, we would be a society far better off," said Muhammad, who was in the island for the weekend launch of his book, Black Studies, the 10-chapter historical presentation on the Caribbean black experience.

Two weeks ago, and after the deadly attack in Paris, France, for which ISIS has claimed responsibility, former Deputy Commissioner of Police Mark Shields warned Jamaicans against thinking that a similar attack could not happen here.

According to Shields, Jamaica could be considered a "soft target" for terrorists, and Jamaicans should not underestimate the threat posed by the militant group.

The former British cop who served as Jamaica's crime chief warned that the United States and French embassies, along with the British High Commission, could make attractive targets for would-be terrorists.

He recommended that local law-enforcement authorities raise the level of public awareness about terrorism.

"In the same way that we always try to raise public awareness around murder and serious crimes, I think that in relation to terrorism, there is always a need to make the public aware. We have to be aware of those around us and make people aware that we should not be complacent at home," Shields told The Gleaner.

His warning came hours after the police in Honduras said five men - all Syrian nationals - had been detained in the capital Tegucigalpa. They were said to have stolen Greek passports which hid their real identities.

But Muhammad said the threat of terrorism to the region is completely different.

"It is not the same, but it is expected to some degree that we do follow, and fit within the mould of, what is happening overseas, even though its relevance to us in a completely different dimension," said Muhammad.

"So-called Islamic terrorism is extremely different from what is being portrayed and represented to us. It is estimated that ISIS has approximately 50,000 fighters. The Muslim population worldwide is more than 1.5 billion worldwide. If you divide 1.5 billion by 50,000, the percentage is so small that, even if you were to consume that percentage of a deadly lethal poison in a glass of water, it wouldn't kill you anyway."

He said if 10 Muslims are travelling in an airport together, there is the possibility that all would be stereotyped and suspected of carrying out some possible terrorist threat, but 10 possible white serial killers would not be stereotyped that way.