I can't put something in everybody's pocket but vote for me, Hayles tells constituents 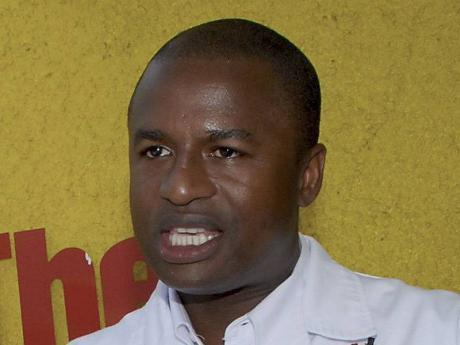 Hayles ... intends to beat his Jamaica Labour Party challenger by 4,000 votes in the next election.

Declaring that he cannot "put something" in everybody's pockets, the incumbent Western Hanover MP Ian Hayles on Sunday evening appealed to his constituents to consider his track record when they go to vote in the next general election.

"Before I came you never had an accident and emergency ward at the Noel Holmes Hospital," he told them at a PNP mass meeting in the Hanover capital.

Hayles, who is seeking his third term as Western Hanover MP cited other capital projects including road repairs in Spring Mountain, which was previously did not have water or electricity. "Mi can't put something inna everybody pocket, but mi mek sure oonu have water, light and road," he said.

"I don't reach to every road yet, but mi coming."

Hayles also said he intended to beat his Jamaica Labour Party challenger by 4,000 votes in the next election.