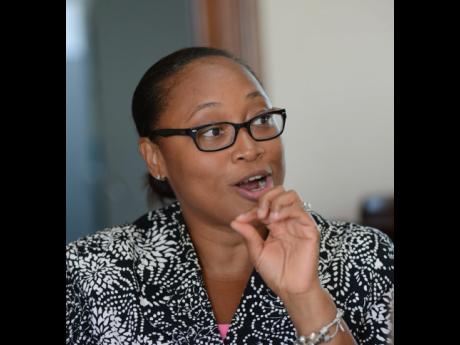 The early childhood sector has been severely affected by the demographic changes that have rendered the Jamaican population an ageing one.

Officers of the Early Childhood Commission (ECC) who were guests at a Gleaner Editors' Forum last week have raised concerns about several early childhood institutions (ECI) that have been experiencing a drastic decline in the number of students they are able to attract.

The ECC has noted that many of these ECIs exist in rural communities that have experienced a decline in the number of children that are born on an annual basis.

These schools struggle to meet the student-to-teacher ratio set out in the standards, which have to be met in order for an institution to receive certification from the commission. In fact, the ECC has indicated that many of them have not received certification because of this very issue.

This, coupled with the increasing financial difficulties being faced by many rural communities, has served to threaten the existence of rural ECIs. The ECC has, however, said that it is working with these institutions to ensure their viability.

Michelle Campbell, director of sector support services at the ECC, said the commission would continue to support these institutions.

"We do come up on those situations, and the commission takes them very seriously because we understand what the community needs are, and we have supported them, and we continue to support them," she said, while addressing the forum.

Campbell argued that the ECC's financial support of the schools is justified.

"There are many schools that are below the ratio for the salary subsidy, for example, but we continue to support them because we know what the demographics are and we can justify it. We have one supporter, which is PASE Canada, and this organisation supports many of these rural schools in these various areas, so there is support out there, so if we know the situation, we are willing to help and find the support for them."

Evelyn Walden-West, manager, early childhood development services at the ECC, noted that while the commission continued to support ECIs with decreased populations, it has to ensure that the best interests of the children are served.

"We have to be very careful because what we are looking at is the child's development, and we are also very keen on the quality of service that is being provided, so the support that is given is that the office is going to see what is there, we analyse it and make recommendations," she said.

The survival of these institutions has been further threatened by a programme of rationalisation introduced by the Ministry of Education. The ministry has been seeking to merge basic schools and early childhood institutions with the infant departments of primary schools.