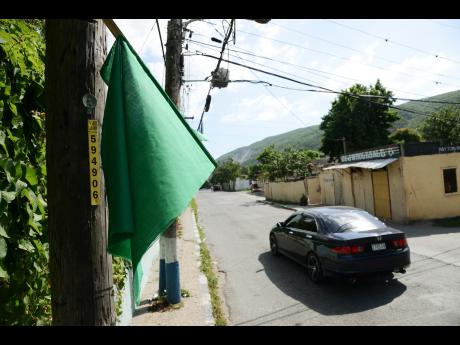 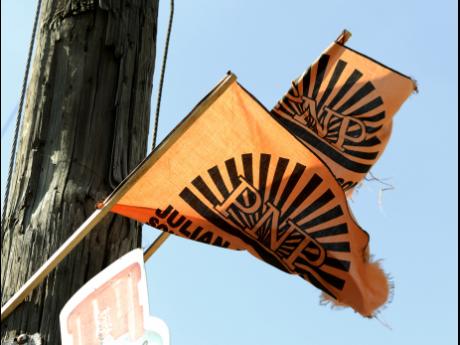 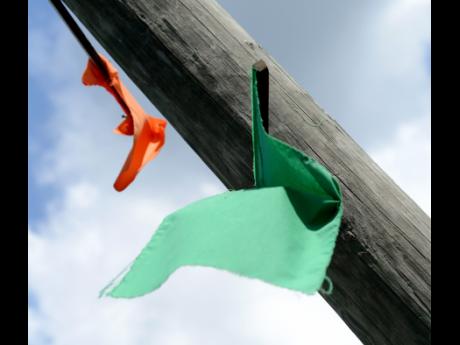 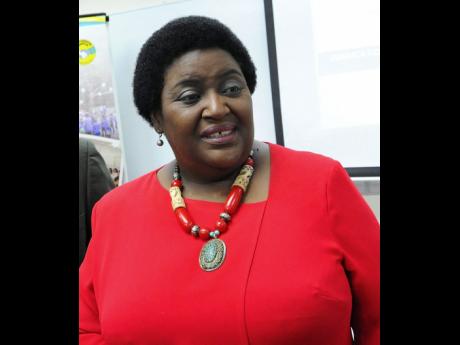 Political Ombudsman Donna Parchment Brown says she is unhappy that the general secretaries of the two major political parties have, to date, failed to take steps to remove party flags in at least three Corporate Area communities, despite earlier commitments to take down political paraphernalia which run counter to the Political Code of Conduct.

The inaction by the political representatives has pushed the political ombudsman to seek help from the National Solid Waste Management Authority and the police to assist with the removal of party flags.

She said her conversations with many Jamaicans have indicated that party flags are problematic and seek to intimidate and pose the risk of labelling communities and/or individuals. In addition, she said there was the overwhelming view that the installation of party flags could lead to violence or people's loss of freedom to express their political views.

Dr Horace Chang and Paul Burke, general secretaries of the Jamaica Labour Party (JLP)and the People's National Party (PNP), respectively, had reportedly committed to have the party flags in August Town, on Old Hope Road and on Chambers Lane removed by the weekend.

"My understanding from the general secretaries was that they were in agreement that something needed to be done about the flags I had specifically raised with them, and they would have committed to remove those flags, as well as the flags in St Thomas by the PNP," Parchment Brown told The Gleaner.

"I am hearing that there are flags in other constituencies in St Catherine, as well as in St Mary, and I certainly saw flags up in Newlands when I visited the community with the Peace Management Initiative, the police and the ministers' fraternal."

When contacted yesterday, Chang expressed surprise that the flags were not removed, saying that their installation did not form part of the party's campaign strategy.

He told The Gleaner he would make contact with the JLP's caretaker in Eastern St Andrew, Fayval Williams, to address the issue in the affected communities.

Efforts to contact Burke were unsuccessful, as calls to his phone went to a recording, saying he either had his phone off or he was out of range.

Yesterday, Parchment Brown went on the road to visit the communities where the flags should have been removed.

"I am just coming off the road, I left to go and observe because I have not had verbal or written report (from the general secretaries), so I thought I would go myself."

Parchment Brown said the public purse should not bear the cost of removing flags, noting that the budget of the Office of the Political Ombudsman could not fund this exercise.

"I will no longer be calling on the political parties to do anything; they have already given their word and not delivered in relation to August Town, Hermitage, Old Hope Road and Chambers Lane," she said.

"The flags that are now up, action is what I need. I will not be just talking, talking and nobody is doing anything. Nor am I going to take somebody's word if the word does not result in the action that is promised."

She charged persons who erected flags to immediately remove them.

"They need to do it," she stressed.

Parchment Brown plans to write to Chang and Burke on the vexed flag issue.

A meeting has been set with president of the PNP, Portia Simpson Miller, on December 18. However, no date has yet been agreed for a meeting with Parchment Brown and Opposition Leader Andrew Holness.