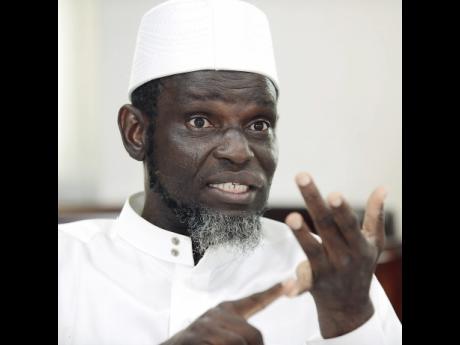 Those are the strong words of condemnation from the Islamic Council of Jamaica (ICOJ) on United States (US) presidential hopeful Donald Trump's call to ban all Muslims from entering the country.

"It is completely unfair for anyone to paint all Muslims as the same. And it is even more unfortunate that such a statement would come from someone seeking to hold one of the highest offices in the world - that of the president of the United States," ICOJ President Mustafa Muhammad said yesterday.

"In fact, of the approximately 1.6 billion Muslims in the world, less than one per cent have hostile thoughts. And of that low percentage, only a handful actually carry out violent acts. The reality is that the majority of Muslims are law-abiding citizens who go about their business like everyone else and lead ordinary lives."

Muhammad, who, ironically, was speaking with The Gleaner from his family home in the US, where he is visiting for a few months, said the moment Trump made the statement, it sparked discussion in Muslim communities around the world.

"It took everyone aback, and every well-thinking person has condemned his statement, calling it completely unfair that he would choose to paint everyone with the same brush."

On Monday, Trump, the Republican presidential candidate front-runner, demanded a "total and complete shutdown of Muslims entering the United States until our country's representatives can figure out what is going on".

In a statement, he said: "Until we are able to determine and understand this problem and the dangerous threat it poses, our country cannot be the victims of horrendous attacks by people that believe only in jihad, and have no sense of reason or respect for human life."

His utterance came in the wake of a deadly mass shooting in San Bernardino, California, by a Muslim couple who were suspected ISIS sympathisers. The attack left 14 persons dead and 21 injured.

To support his call, Trump cited a controversial six-month-old survey from the Center for Security Policy finding that one-quarter of US Muslim respondents believed that violence against Americans was justified as part of global jihad and that a slim majority "agreed that Muslims in America should have the choice of being governed according to Shari'a".

Immediately following his statement, several organisations and individuals from around the world condemned it, but Trump has defended the proposal, saying it was a temporary measure to prevent "many more World Trade Centers".

"It is absolute nonsense, and we condemn that statement. It is very offensive," Sheikh Musa Tijani, head of ICOJ's education and propagation, shared from its South Camp Road headquarters.

"We have always and will continue to condemn all violent attacks from radical groups and have called for them to be brought to justice. And for anyone to put all Muslims in the same category, again I say it is nonsense and offensive."

Tijani said, similar to the ICOJ's president, several Jamaican Muslims travel to the US regularly, whether to visit family and friends or on business, and "no one has gone there to make any trouble".