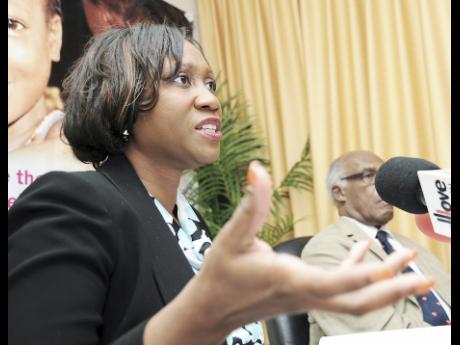 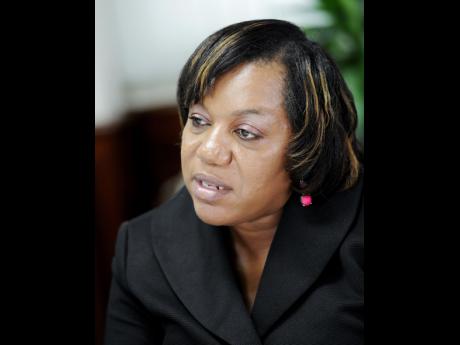 Children's Advocate Diahann Gordon Harrison has issued a rebuke to the Child Development Agency (CDA) for breaching children's rights and acting recklessly when its officers relocated 34 wards who were in the care of the Sunshine Child Care Facility in St Catherine on February 15.

The CDA moved in after the manager of the facility was given notice by her landlord to quit the premises.

The manager went to court on February 24 and was successful in obtaining an extension for two and a half months. This extended her stay at the facility to May 15.

The house mother at the facility reported that she got a call from the CDA on February 23 that they would be removing children from the home. The following day, the removal took effect, giving the caregivers little time to prepare for the separation and removal.

A tough-talking Gordon Harrison has given the chief executive officer of the CDA, Rosalee Gage-Grey, 21 days to provide a written account on what disciplinary and/or other measures have been pursued against Leonard Leslie, a children's officer at the agency, who reportedly paid scant regard to the cries of a child who was being separated from his sibling.

The children's advocate said Leslie should have soothed and calmed the children.

Gordon Harrison's investigation took the form of a hearing in which she exercised her powers as a judge of the Supreme Court and summoned witnesses and took evidence from them in the matter.

Gordon Harrison had received a complaint that officers from the CDA had conducted themselves in a manner that was not becoming of persons who are involved in child welfare.

The complainant expressed disgust that the children were "bundled up" and "carted off" like "animals or inanimate beings" to other children's homes with no apparent consideration for their welfare or educational opportunities.

According to the children's advocate, the workers at Sunshine and the wards who were removed painted a chaotic picture in which the children were largely traumatised, anxious, crying, and, in some instances, angry.

The CDA employees, however, failed to definitively express a view on this perspective, but maintained their account that what was most paramount to them was the removal of the wards.

In the case of Leslie, the CDA officer, Gordon Harrison said he introduced himself to the staff of Sunshine and said he was there to collect three children, who are identified only by their initials in the report.

They were E.S., A.S., and M.B. It was pointed out to Leslie that while E.S. and A.S. were brothers, M.B. was part of another family which consisted of five wards who were living together at Sunshine. M.B. is six years old and was portrayed as being a child who was unable to manage effectively on his own and who was almost "mothered" by his 16-year-old sister, T.B., who also lived at Sunshine.

However, Leslie told the staff at Sunshine that he was not there to analyse the situation but simply to collect those three children and to insist that he be shown the three he was there to collect and that M.B.'s clothes be turned over to him.

When asked by the children's advocate if he made those comments as given under oath by a teacher at Sunshine, Leslie said: "Well, clearly, she recalls the interaction better than I."

It was reported that T.B. fell to the ground with all her siblings around her, except for M.B., and got into a rage while crying and rolling. She was reportedly adamant that she would not be handing over her brother's clothes to Leslie, as it was she who was his de facto mother from birth and that they, as siblings, were not going to be separated.

In giving evidence, Leslie said that at no time was he given any written instructions and/or directives by his superiors as to how the exercise on the ground should have been conducted that day.

During the removal of the children from Sunshine, another telling exchange occurred between the CDA team, the caregivers and a ward of the facility.

A member of staff told Gordon Harrison that while the exercise was taking place, she was quite emotional, hurt and angry at the manner in which the CDA staff handled the removal of the children.

Gordon Harrison said the witness further stated that a member of the CDA team, who the evidence later identified as Carmen Mullings, said: "That is why you people must be careful how you bond with these children."

This comment triggered a quizzical response from a 13-year-old ward with initials B.C.

Responding to B.C.'s comment, Mullings reportedly said she was not going to argue with anyone.

The Sunshine Child Care Facility is a privately run place of safety. A total of 34 children, both male and female, were being accommodated at the facility.

Gordon Harrison pointed out that some of the children had particular vulnerabilities that required special care and attention.

Some children had learning needs while others had serious issues with their physical health.

The children's advocate has recommended that the front-line staff of the CDA undergo an intensive training exercise as a matter of priority.

The CDA is required to submit to the Office of the Children's Advocate a training plan within 30 days from the receipt of the investigative report.