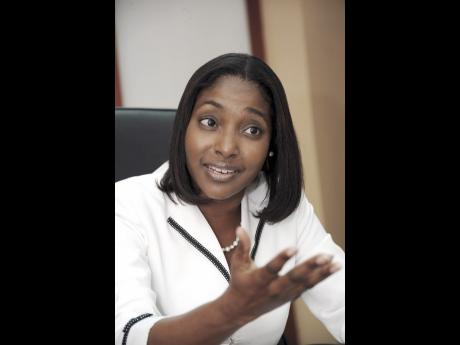 Despite spending millions of dollars to support the tablets-in-schools project, it has been determined that the Universal Service Fund (USF) has no mechanism to monitor whether it is getting value for money.

"We found no evidence of project beneficiaries' progress reports or USF monitoring of the projects under the E-Learning programme," Auditor General Pamela Monroe Ellis wrote in an activity-based audit report tabled on the USF in the House of Representatives on Tuesday.

E-Learning oversees the tablets-in-schools programme, an initiative of the Government, which sees tablets being distributed to schools islandwide.

"In the absence of the requisite reports and proper monitoring of the programme, management may find it difficult to take timely actions on any issues that may arise," the auditor general said.

The USF disbursed $738.1 million to E-Learning for the tablets-in-schools project in the 2014-2015 financial year.

The USF provided funding for major projects under the E-Learning programme.

Over the financial years 2013-2014 and 2014-2015, USF disbursed $881.1 million to E-Learning pilot projects, representing 47.7 per cent of the total project disbursements for the two years. But the activity-based audit found that the USF had no system in place to monitor the programme to determine whether targets were being met and value was received for money disbursed.

"There is no evidence that USF requested progress reports from the implementing agency - E-Learning Jamaica," the audit report stated.

"The USF should develop and implement a comprehensive project-management framework to guide its monitoring and evaluation activities. The Fund should also aggressively enforce the requirements for submission of progress and post-disbursement reports by the project beneficiaries, to assist with the evaluation as to whether the objectives are being attained," the auditor general said.

Phillip Paulwell, the telecommunications minister, said he has seen a draft of a report on the review of the tablets-in-schools programme which indicates that it is meeting the desired objectives at the pre-primary and primary-school levels.

Paulwell said the students have demonstrated increased attendance and have become better at reading.

The minister said, however, that about 100 of the 25,000 tablets have been stolen and that there has been damage to several of the computers.

"The major concern for me is the secondary school. We are working on those. Many of the students got caught up with the novelty and access to sites that they really ought not to be dealing with."

Meanwhile, the Opposition yesterday wrote to the auditor general asking her to examine the tablets-in-schools programme.

"The Opposition believes in the benefits technology can bring to our students, teachers and, ultimately, to our nation. We also believe, however, that Jamaica can ill afford to spend billions of dollars on a project that may be poorly conceived and does not deliver value for money," stated the letter, signed by Dr Andrew Wheatley, opposition spokesperson for ICT and digital development, and Senator Kamina Johnson Smith, opposition spokesperson on education and youth.