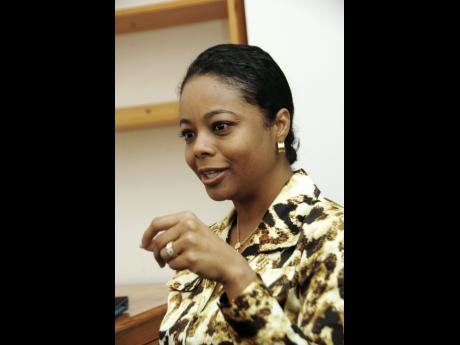 Opposition Senator Marlene Malahoo Forte yesterday raised questions about a clause in the DNA law which speaks to a prisoner-transfer arrangement and the taking of DNA samples of those persons transferred to Jamaica to complete their sentences.

A raging national debate ensued in September after it was announced that the British government would provide £25 million to help build a new prison in Jamaica to house up to 300 Jamaicans incarcerated in the United Kingdom (UK) who would complete their sentences here.

The Ministry of National Security had signed a non-binding memorandum of understanding (MOU) with the UK to facilitate the deal.

Combing through the DNA bill yesterday, Malahoo Forte quizzed Justice Minister Mark Golding on Clause 29, which, among other things, points to a person serving the balance of his sentence in Jamaica and having his DNA sample taken.

The opposition senator questioned whether there was a principal provision for prisoner transfers to Jamaica.

Golding said he was not aware that the prisoner transfer was being provided for currently in law.

However, Malahoo Forte pressed to know why there was the need to take a DNA sample of the persons being transferred to Jamaica.

"Why would you need to take a sample from someone who is already convicted of an offence, who is merely going to serve a sentence?" she queried.

"You are taking samples to do one of two things: to assist in proof of the offence or to disprove a person who is a suspect," she pointed out.

Golding, however, said the provision was not a regime for providing for prisoner transfer to Jamaica from another jurisdiction.

He admitted it provides for a scenario that does not currently exist, noting that "we do not have any situation in place where prisoners are returned to Jamaica to serve the balance of their sentence".

In his comments, Government Senator K.D. Knight said he had some uncertainty as to the provision in the bill.

"It does not seem to me that the clause is enacting a policy because, had it been so, the minister would know. So I don't know if the legislation has, perhaps, in part, been borrowed from another jurisdiction and so certain changes were made, ... but it was not at the time understood that it would be importing a new regime into our jurisdiction - that is the transfer of prisoners from a foreign jurisdiction to complete their sentence here. That would have to be a straight policy position," Knight said.

Golding said he would consult with the principals of the National Security Ministry to find out why the clause was included in the bill.

The debate continues today, at which time Golding is to provide a definitive answer on the controversial clause.