Electronic fraud on the rise during Yuletide season 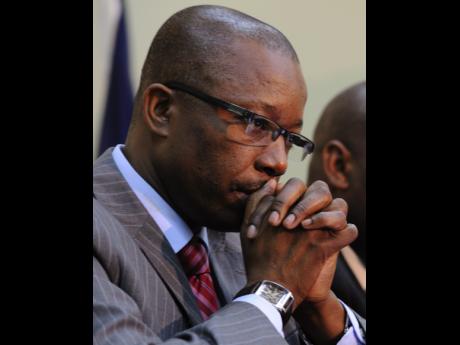 Account holders who receive email asking them to confirm sensitive financial information are being urged by the Counter Terrorism and Organised Crime Branch (C-TOC) of the Jamaica Constabulary Force (JCF) to contact their financial institution immediately.

This advice comes against the background of what senior superintendent of police (SSP) in charge of the C-TOC, Clifford Chambers, has described as an increase in electronic fraud during the festive season.

"The crime itself is unique to the season. As the Yuletide season approaches, you will find an increase in scamming and fraud, and one of the methods used is what we call phishing, where they try to get information about your account," Chambers told The Gleaner yesterday.

"They may find ways and means of blocking or going on your email and you will see a pop-up indicating that you need to register ... in order to access your account."

The electronic fraud unit within C-TOC has increased its vigilance and pursuit of cybercriminals during the Christmas season. The unit has been tracing some of the fraud-related scams online and has been taking action against the perpetrators.

According to Chambers, the fraudsters have been reproducing ATM cards and have been using them to withdraw funds from customers' accounts.

"We are able to use the communication device in some of these ATMs to really aid us in our investigation in tracking down, locating and arrest and prosecute some of these persons," he said.

Several financial institutions have been sending out messages to customers alerting them to the increased security risk. One institution, last Friday, sent out a security advisory alerting customers to a fraudulent email bearing the name of the institution in the subject line.

While he noted that the investigative capacity of the electronic fraud unit has become increasingly sophisticated, Chambers lamented that incidents of electronic fraud continue to be under-reported.