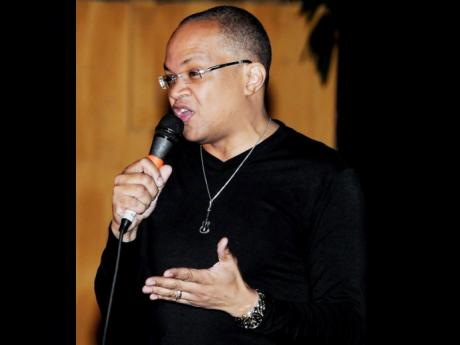 Dean of the Faculty of Medicine at the University of the West Indies (UWI) Professor Horace Fletcher has moved to clear the air about what he says is an illogical connection that has been made between the number of students being trained by the university and the bacterial outbreak at the Cornwall Regional Hospital and University Hospital of the West (UHWI), which led to the death of 19 babies.

Responding to criticisms made by Gleaner columnist Dr Michael Abrahams, Fletcher asserts that much of the discussion surrounding the death of the neonates has been unfair and unscientific.

"We were very hurt when one of your columnists, who is also one of our medical doctors, Dr Abrahams, wrote an article, 'Playing With Our Health', accusing the university of greed, nepotism, and training too many students because he said class sizes were too large," Fletcher said.

According to the three-month-old article written by Abrahams, "Nowadays, there is a tuition fee for medical school at the UWI, and in an effort to further fatten the coffers of the university, the classes are larger, with about 300 students being admitted per year, resulting in lower patient-to-student ratios. These lower ratios mean less hands-on experience for the students."

In giving his rebuttal to the charges he said were made by Dr Abrahams against the medical school, Fletcher said, "We were quite amazed that he was able to somehow connect the size of the class and number of students being trained with the present infection crisis at the hospital."

ONE OF tHE BEST

Fletcher, who is also a member of the UHWI Board of Directors, argued that the medical school was one of the best in the region and trained graduates who are highly rated within the medical field.

"As far as our graduates are concerned, we can clearly show that they are still coming from one of the top institutions in the Caribbean. Using United States Medical Licensing Examination (USMLE) pass rates, and I am using that because all the countries use it for students who want to migrate overseas, our pass rates are 70-90 per cent," Fletcher argued.

Comparing the USMLE rates for other countries, Fletcher said that the rates for Cuba and the Dominican Republic stood at 30 per cent.

"Our students at UWI Mona are top of UWI. [In] The last exam, our pass rate was 90 per cent compared to Barbados, Trinidad, Bahamas. Their pass rates ranged from 70-80 per cent. For the last four years, students from UWI Mona have copped every single subject medal," he said.

Dr Michael Abrahams, in his article published in The Gleaner, lamented the fact that medical students were graduating with less clinical experience.

"What is happening now is that some graduates are leaving the institution with less clinical experience than those in the past, a situation that is cause for concern. And to make matters worse, following postgraduate training, the institution does not always choose the most qualified to fill their senior positions," Abrahams said in his article.