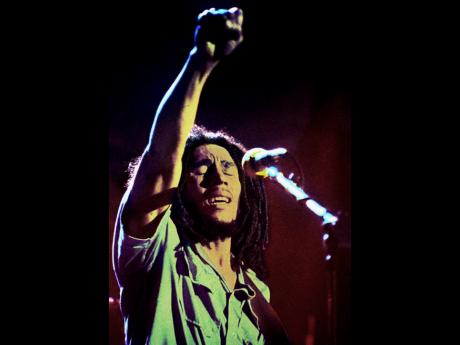 The 100-page feature chronicles the life and the legacy of Bob Marley, Jamaica's gifted son, whose music and cultural ideology inspired and riveted the lives of millions of multi-racial music fans across the globe.

The editorial spread is accompanied by more than a hundred rarely seen colour and black and white photographs of Bob Marley, his children, the Wailers and other reggae pioneers like 'Coxsone' Dodd.

One of the captivating black and white images dates back to 1966 at the wedding of Bob and Rita before Bob started growing dreadlocks.

Another photograph revisits the Is This Love video shoot in 1978 in London that gave a seven-year-old girl called Naomi Campbell an early taste of the spotlight.

Much of the narrative is told by the children of Bob Marley. Son Ziggy Marley expounds on the enduring works of his father.

Another son, Stephen Marley, recalls the night his parents were shot, and daughter Cedella zooms in on her dad's world-changing relevance.

"My siblings and I are honoured and blessed with the Marley name and heritage of music and are proud our children will continue his legendary message through their own music, inspiring generations to come," Cedella Marley affirmed in the Newsweek special edition.