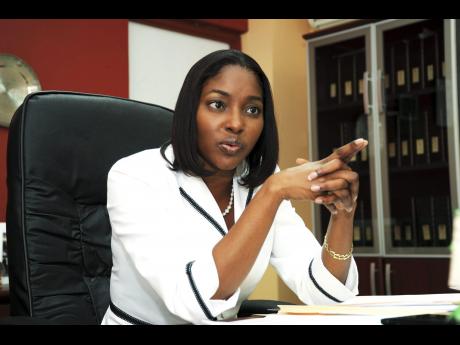 Auditor General Pamela Monroe Ellis has raised serious concerns about the governance of the National Insurance Scheme (NIS), which disburses pensions benefits amounting to $14 billion to more than 109,000 contributors annually.

In an activity-based audit of the NIS, the auditor general highlighted a lack of due diligence in the payment of pensions by the Ministry of Labour and Social Security (MLSS), resulting in overpayments amounting to more than $10 million to 152 pensioners.

Monroe Ellis revealed that $5.3 million or 50 per cent of the overpayments were made to pensioners who were not eligible for the benefit.

She contended that poor governance may compromise the integrity of the pension process, adding that the audit revealed that weaknesses in the governance of the NIS had put the scheme at risk of not achieving its objectives.

The auditor general warned that the weak system of internal controls over the pension payment process may foster irregular activities.

"Despite discovering fraudulent practices in previous years and reports issued by this department, MLSS still did not implement a proactive strategy to mitigate the pension process against fraud risk," she said.

The labour ministry has also been found wanting in its commitment to implement strategies to mitigate risks in the administration of the pension scheme. Monroe Ellis pointed out that the ministry has consistently ignored the findings of the Internal Audit Unit.

"We found that MLSS had yet to respond to 27 issues concerning internal controls and system weaknesses identified by the internal auditor from as far back as December 2011," she said.

The labour ministry had failed to correct breaches of the National Insurance Regulations regarding issuance of agreements and compliance letters. Further, the ministry did not implement the internal auditor's recommendations that could reduce the inherent risk of loss of valuables returned by the post office or pensioners.

"MLSS does not have a robust reporting and records-management system and was unable to provide minutes of management and committees meetings held.

Our review process was frustrated by the poor manner in which the files were maintained as well as the incomplete nature of the files," Monroe Ellis said.

The ministry also came under fire for not carrying out any form of reconciliation in the payment of $32.5 billion to the Post and Telecommunications Department (PTD) to facilitate the encashment of pension vouchers over the financial years 2010-11 to 2014-15.

"Whilst we note an improvement in the status of the arrears when compared to previous years, the NIS, based on the nature of its activities, is exposed to a high risk of errors and irregularities. Therefore, MLSS should take steps to ensure that bank reconciliations are prepared in a timely manner and kept current," the auditor general stressed.

Monroe Ellis has recommended that the ministry immediately implement controls over the pension-payment process. She said this should include a robust system of reconciliation, segregation of duties, thorough documentation and the implementation of rigorous monitoring and reporting mechanisms.