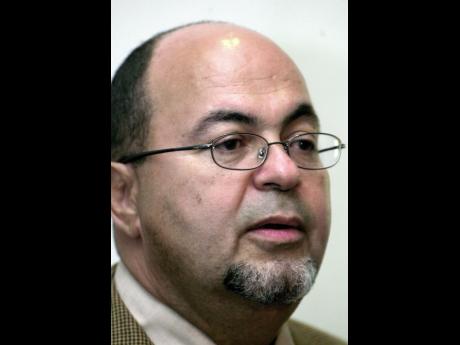 Chairman of the National Environment and Planning Agency (NEPA) John Junor late yesterday called an emergency meeting with representatives of three key government ministries, as well as international investor Karisma, in a bid to end an impasse caused by allegations of illegal sand mining.

The ministries of finance, and tourism; as well as science, technology, energy and mining took part in the meeting, which ended without a resolution last night.

Junor and other technocrats were informed late yesterday that a ministerial order preventing transportation of sand from the Negril location had been signed by Environment Minister Robert Pickersgill.

The order had been sought during the course of the day after a request from NEPA's Chief Executive Officer Peter Knight.

At least two major hotel projects in the tourism resorts of St Ann and Westmoreland could be derailed if the impasse involving developers, the Negril Chamber of Commerce, and environmentalists is not resolved by tomorrow.

Opposition Leader Andrew Holness and a team from the Jamaica Labour Party also met with the principals of Karisma.

The international investor was mulling whether to pull out of the country after government officials, developers, and environmentalists locked horns over the allegation that sand is being mined illegally in Negril, Westmoreland.

The developers of Karisma's multibillion-dollar hotel project yesterday declared that "mischief is afoot", after revealing a copy of the quarrying licence that had been acquired for the transport of sand from one of the properties being developed.

With a cease-and-desist order in effect, The Gleaner was informed that the investor out of Germany complained during a hastily arranged meeting yesterday that the name and reputation of the organisation were being sullied by the suggestion that it had engaged in illegal sand mining.

The Negril Chamber of Commerce on Wednesday issued a release complaining of "shady sand-mining activities", connected to a major hotel development in the Westmoreland resort town.

But Christopher Honeywell, the attorney for Karisma Hotels and Resorts in Negril, said there was no truth to suggestions of illegal sand mining.

He said a licence became necessary to relocate sand that was found during excavation work at the property on which the hotel is to be built.

Honeywell confirmed yesterday that the investor would be examining its options "over the next 48 hours".

One of the developers told The Gleaner that there was one of two ways that the foundation of the hotel could be constructed - through the use of piles or replacing bad soil with good soil and placing the building on top.

"We can't put the building on the piles because it is noisy and it is not allowed," he said. "So we were considering what is called gravel piles, which is forcing stones in the ground to stabilise the ground."

However, he said another problem was encountered.

"If we do that, we [would] have to use 100,000 gallons of water per day to vibrate the stones down into the soil," the developer said.

"And that water is going to wash out, because the water table is high."

The developer said this would likely result in the water being washed out into the beach, contaminating it.

"We were about to mobilise the Americans (who are specialists) to come to Jamaica to do it and had to immediately terminate the contract and go the more expensive route of replacing the bad soil," he said.

"When we started that, we discovered that the good soil that was there was mixed with clay and peat, and that the sand is good sand, so we started dumping the peat and clay," he added.

It was decided that, since 60,000 cubic metres of sand were needed at Llandovery for the 4,800-room project, the sand removed from the Negril site would be sent there.