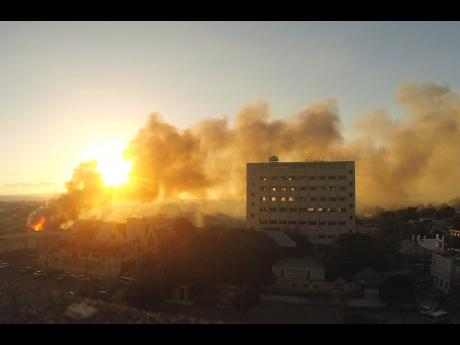 Smoke blanketed the sky from a fire that gutted a building on Duke Street in downtown Kingston yesterday. 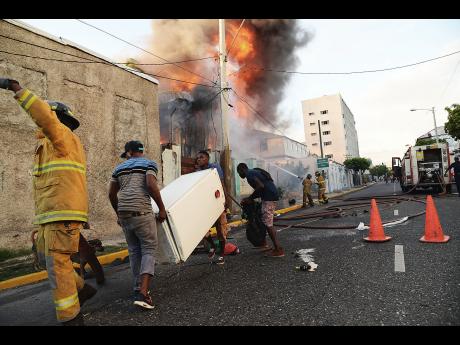 Jermaine Barnaby
Firefighters try to contain a blaze at 91 Duke Street in Kingston yesterday while persons try to salvage belongings. 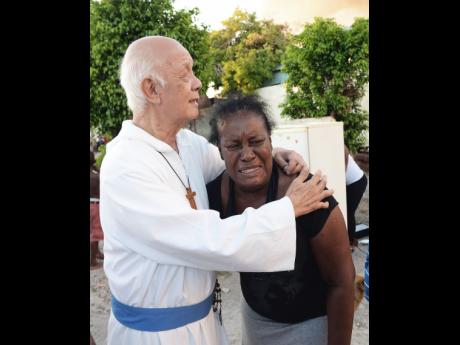 The inferno drew scores of onlookers, some of whom assisted in saving furniture and appliances.

Among those who assisted at the fire scene were Boss Furniture CEO and former president of Jamaica Manufacturers' Association, Omar Azan.

When The Gleaner arrived at the scene, Azan was actively involved on the ground and made available his company trucks to store personal belongings of the fire victims.

"This is close to my location. I know all these people in this community. This could happen to any of us, and we just have to pray that God will bless them to get things back up in order", Azan told The Gleaner. "We will do whatever we can in whatever way we can to assist."

Father Richard Ho Lung, who heads the Missionaries of the Poor, was also at the scene and met with some of the fire victims.

Ho Lung has also pledged to support the affected families.

The fire broke out around 5 p.m., but was brought under control by firefighters from the York Park Fire Station before it could spread to homes located along Mark Lane.

The source of the fire was not immediately identified, and it was not clear if the building was insured.

The Kingston Central police, who also provided assistance at the scene, cordoned off sections of Duke Street and diverted motorists.

That location is a few metres away from the scene of yesterday's fire.