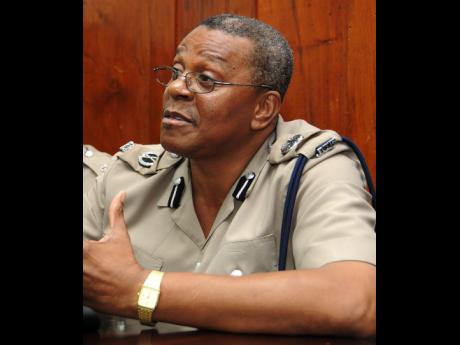 CONCERNED ABOUT the frequent incidents of jailbreak, a member of the Police High Command says he has been visiting the various Police divisions across the country sending a strong message to police personnel - "Make lock-ups and prisoners your priority".

"Police personnel are doing everything to risk their lives to keep the people safe. When we get them (criminals) behind bars we must do everything to keep them there so that they can face justice," he said.

ACP Palmer's comments came against the background of another jailbreak on Wednesday at the Whithorn Police Station, in Westmoreland, where four prisoners, inclusive of three men facing murder charges, escaped custody.

Wednesday's escape comes just a mere six weeks after six prisoners, including a man who was only days earlier convicted of a double murder, tunnelled their way out of the Freeport Police Station, in Montego Bay, via a hole they had created behind a faulty toilet bowl in their cell.

While acknowledging that there are challenges in terms of human resources, ACP Palmer said the Police High Command has repeatedly urged members of the force to adhere to the lock-up administration policy.

Palmer said police personnel are encouraged to inspect the facility, rotate staff, deploy adequate number of personnel, ensure that periodic checks are done and that good supervision is in place and remain vigilant at all times.

However, Palmer said where there are failings the Police High Command carries out its investigation and "let the chips fall where they may". He said recommendations are made to the Commissioner of Police for action to be taken against negligent cops. He said depending on the findings of its investigations the Police High Command would also send its files to the Director of Public Prosecutions for advice.

The head of the Inspectorate of the JCF said four police personnel from Santa Cruz, St Elizabeth are to face the court shortly as prisoners who were in their custody escaped last year.

Despite spending more than $120 million to refurbish lock-ups across the island last year, JCF was unable to prevent the escape of 32 prisoners who tunnelled or found other ways out of seven guarded police stations.