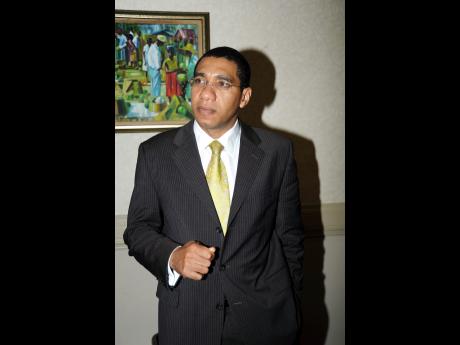 File
Holness ... Every single institution in Jamaica will have to be re-missioned towards growth and job creation.

ARGUING that Government ministries, departments, and agencies needed to be re-tasked to deliver economic growth to the country, Andrew Holness, the leader of the Jamaica Labour Party (JLP), said more than 30 state-run bodies would be repurposed to achieve new objectives.

"Every single institution in Jamaica will have to be re-missioned towards growth and job creation. After 53 years of independence, many of our institutions are pursuing missions that are not critical, that are not aligned, that are not relevant," Holness said.

The JLP leader, who also holds the constitutional office of Leader of the Opposition, said that there are many state entities that "are a call on the public budget whose functions do not necessarily directly instrumentally advance the cause of economic growth".

Holness said that the move to reform the head of the entities must be led by the prime minister, who, he said, must be prepared to undertake institutional reform within the public service.

"You would want to look at your agencies, your ministries, your departments, and ask the critical question: Is their function supporting growth? And you would want to task their managers, 'Tell me how your function is going to support growth'," Holness said.

Holness said that the revamping of these entities is separate from wider public-sector reform but said it is necessary if the country is to experience significant growth.

In 2009, Pat Sinclair McCalla, then CEO of the Public Sector Transformation Unit, recommended the merger of 20 entities, the privatisation of 13 entities, the abolition of seven, and for 10 to have their services contracted out.

Yesterday, Holness, when questioned on which entities he would reposition to ensure higher levels of economic growth, pointed to the National Housing Trust (NHT), the Urban Development Corporation, the National Water Commission, and the HEART/Trust NTA.

He, however, did not give specifics on how the repositioned entities would work.

"The NHT has billions of dollars. It can do so much, to the point where we are using it to fund education, we use it to pay down the debt, we used it to buy Outameni ... all kinds of things. What is the mission of the NHT? And after 30-odd years, isn't it time to look at the act and redefine what it should be doing? Even if it comes back to the same thing, [but] just the exercise of bringing together the stakeholders and saying, 'Hey! Let us re-mission this organisation'," Holness said.

The JLP leader said, too, that consideration should be given to having the function of licensing motor vehicles removed from the remit of the State and placed in private hands.