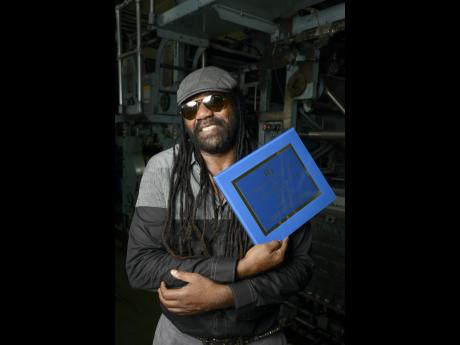 Patrick Barrett, better known as Tony Rebel, said he is elated that his show, Rebel Salute, has received one of Jamaica's most prestigious awards.

"It is really a joy to be recognised by The Gleaner Company," Rebel said last week following an awards luncheon which was held at the company's offices in downtown Kingston.

Rebel Salute received The Gleaner's Honour Award for Entertainment for its success as a signature Jamaican entertainment event and its contribution to the enhancement of Brand Jamaica and local music.

"Many times mi mek up mi mind and decide sey mi nah go keep it again because it does get difficult in terms of sponsorship and other issues, however, at the darkest moments, you start to see emails and the love from people who encourage you to keep going. It's really a joy to be recognised by The Gleaner Company," Barrett told The Gleaner.

He told The Gleaner that the show is a reflection of his values.

"Whatever I do, I like to know that I do my best. I never get to a point where I think I have reached. I always think that there is room for improvement and areas we can tweak," Barrett continued.

"Sometimes we are at a disadvantage because we are determined to promote healthy lifestyles and, as such, there is no alcohol or meat, so especially in terms of sponsorship, we do suffer, but whatever you do, make sure you stick to your values, even when you are not considered 'hype'," he said.