Vendors, bus and taxi operators cause congestion in Linstead 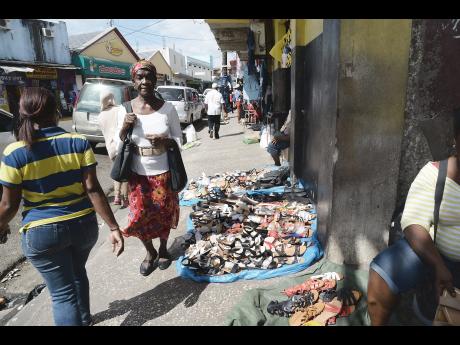 Jermaine Barnaby
Vendors and pedestrians compete for space in the street, in Linstead. 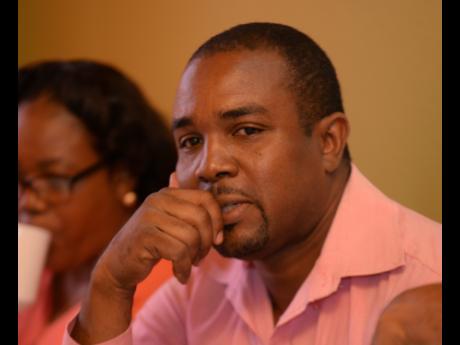 As the town of Linstead in St Catherine grapples with a growing population, the issue of congestion has brought into focus the state of the newly renovated market and the new transportation centre.

Street vending and the loading of public transport on streets in the town were among the problems facing Linstead, as highlighted by business operators attending a Gleaner forum on Wednesday.

"If we can get the vendors, taxi and bus operators off the streets, the congestion would be somewhat eased," Hamilton said.

Chairman of the St Catherine Parish Council, Norman Scott, said street vending had nothing to do with a lack of facilities, citing the multi-million-dollar renovation that was done to repair structural damage and refurbish the kitchen and bathroom facilities on the main building of the market.

"The roofing on the first floor that accommodates dry goods vendors had major leaks and was not insulated. As part of the renovation, a retrofitting of the roof where it is now insulated to prevent the heat from coming down on the vendors has been done," Scott disclosed.

According to him, the $160 million, invested by the Government in the project was well spent to upgrade the structure, which had seen deterioration over the years, severely compromising the safety of the building.

Scott said some of the vendors just do not want to use the market and were posing problems for municipal police officers, whom, he said, the vendors paid scant regard, because they do not carry firearms.

"The Jamaica Constabulary Force is fully on board and officers will be removing the vendors from the streets, as part of the drive to create public order in the town," the parish council chairman pointed out.

While acknowledging that having a taxi stand in the town, by itself, cannot adequately solve the problem of public transportation operators loading vehicles on the streets, Scott revealed that construction on a new transportation centre was complete and that it would be officially open to transport operators next week Wednesday.

"This will go a far way in easing the congestion on the streets of Linstead," he observed.