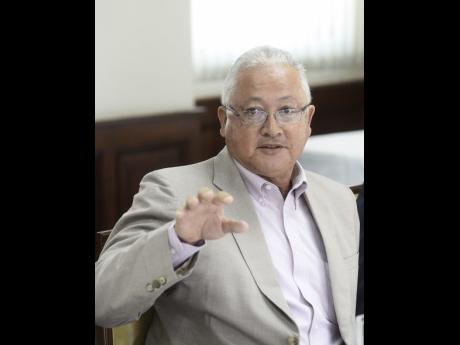 OPPOSITION SPOKESMAN on Justice Delroy Chuck has called on the National Integrity Action (NIA) to place its microscope squarely on the electoral process in the upcoming weeks, warning Jamaicans against corrupt practices as election fever heats up.

Speaking Wednesday at a press conference organised by the NIA to announce the results of the Corruption Perception Index (CPI) for 2015, Chuck said: "I think our citizens should be warned and encouraged not to participate in any corrupt practice in the electoral process, such as the buying of votes."

Chuck told the gathering of anti-corruption stakeholders at the Knutsford Court Hotel in St Andrew that vote buying was widespread in Jamaica. "You see it as you travel around the country, where people even tell me that they will not vote unless they are paid, unless they get certain benefits, and, unless you have politicians who will stand up and put their foot down against that sort of activity, then the corrupt practice will continue."

The opposition spokesman argued that any leader "who actually gets to Parliament by corrupt means, then you can imagine what they will do when they are in Parliament or in a position of power to promote the very practice on which they got to Parliament."

He said it was necessary for the NIA to shift its focus over the next few weeks to emphasise that "we should eliminate the corrupt practices that often occur in the electoral process."

The country is being seen as less corrupt as it has jumped by 16 places on the CPI for 2015.

Cameshia’s courage - District constable fights 16 years to prove she was unjustly dismissed
Munroe backs state of emergency but urges ... 'Remember the lessons of 2010'
Hurry up with probes into scandal-hit FLA - NIA