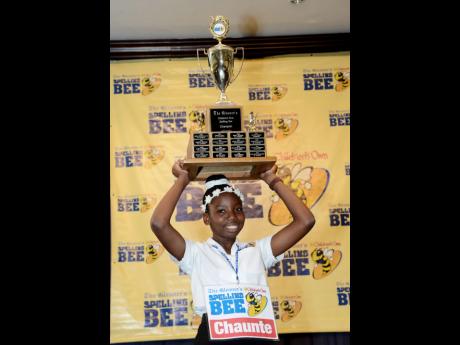 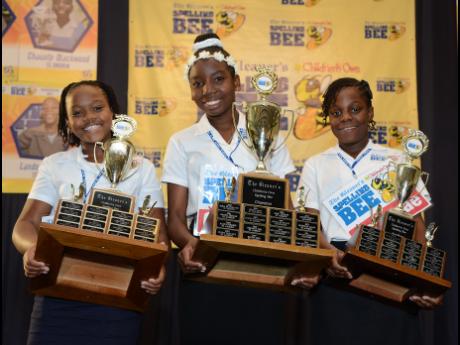 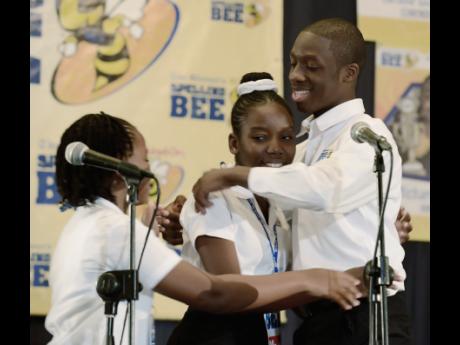 Fourteen nervous students faced the spell masters yesterday for the finals of the Gleaner's Children's Own Spelling Bee, but it was Chaunte Blackwood, the unassuming St Andrew parish champion, who emerged as the 2016 National Spelling Bee champion.

After a gruelling morning session, which saw a total of 13 misspelt words from a total of 140 words, Chaunte was one of the seven finalists who advanced to the final spelldown in the afternoon.

It was here that the competition became intense as the bees took their time to pronounce the difficult words they were asked to spell.

The Clarendon and St Thomas parish finalists were the first to be eliminated as they used up all the chances for misspelt words allotted to them.

The run-off to the final two bees followed quickly after. Chaunte faced Assana Thompson of Wolmer's Prep in an exciting showdown.

The fact that both girls share the same coach in the person of Hanif Brown made for an entertaining spell off.

Chaunte's first misspelt word was p-t-e-r-i-d-o-l-o-g-y and the tension began to build, but, when both girls misspelt the word a-p-h-e-r-e-s-i-s, the playing field was levelled and the clock reset on another set of words to be divided between them.

P-s-e-u-d-e-p-i-g-r-a-p-h-a was the word that gave Chaunte the edge over Assana, who was unable to spell it correctly.

Having spelt the championship word, a-r-r-o-y-o, with ease, Chaunte embraced her training mate. Brown, their coach, joined them on stage to share what was no doubt a proud moment for him.

For Chaunte, this is a sweet victory as she has been a finalist in the competition twice before.

"I am elated. The feeling is just surreal," she told The Gleaner.

Coaching the first- and second-place winners of the competition was a crowning moment for Brown, who himself is a past Spelling Bee champion.

"I decided to coach both of them because they love spelling and want to be the best at what they do," he said.