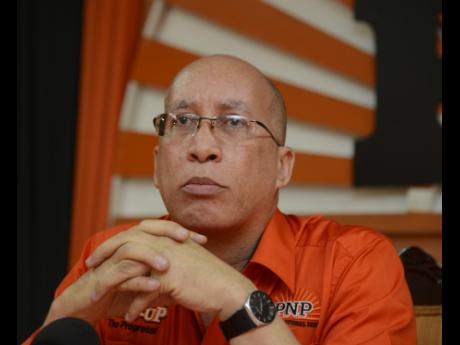 Pointing to Holness' promise to raise the local income tax threshold to $1.5 million while simultaneously raising expenditure in a range of areas, PNP campaign spokesman Delano Franklyn said the JLP leader was being deceptive and offering the country empty promises.

"Holness must make up his mind and state how he will address the shortfall in income tax revenue, while also promising to spend, cumulatively, over $5 billion on promised infrastructure, increased minimum wage, the removal of user fees in relation to health, the removal of auxiliary fees in relation to education, as well as his promised modernisation of cities and towns, among others," said Franklyn.

He cautioned the public against being swayed by impulsive commitments by "a man who seems only desperate for power, but with no credible vision for the growth and development of Jamaica".

According to Franklyn: "Plans by Mr Holness to flood the stock market with public assets will place the government in head-to-head competition with medium-sized businesses, thus risking jobs and business growth in this vital sector of the economy.

"These promises are empty, and the people of Jamaica know that he and his party do not intend to keep any of them, that is why, to date, he has not been able to explain how he will be able to fund his many promises," added Franklyn.