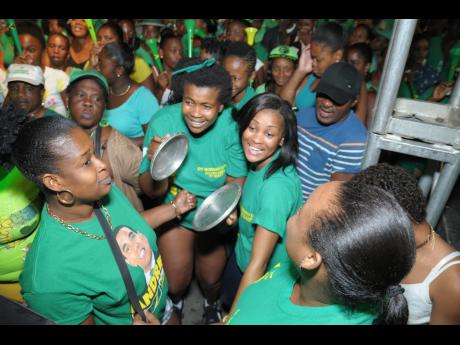 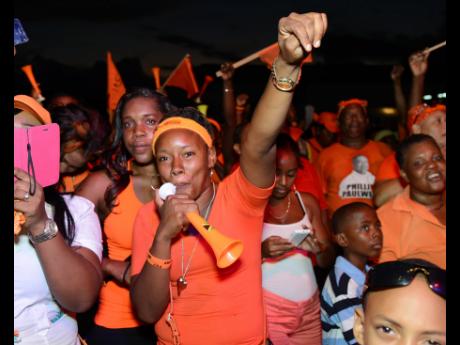 Fewer than half the 1.8 million persons on the latest voters' list have a favourable opinion of the governing People's National Party (PNP) despite every indication that it will be elected for another term when the votes are counted on February 25.

This has, however, reflected a marked improvement (eight per cent) for the PNP, which had polled a 35 per cent favourability rating when Johnson tested the pulse of the nation in February last year.

For Johnson, despite getting the love from less than half of the electorate, the PNP, which had a 47 per cent favourability rating heading into the 2011 general election, remains poised to do well on election day.

"The numbers say everyone who plans to vote PNP has a favourable opinion of the party, and even some of those who don't plan to vote see the party in a positive light. You don't have to love somebody. You just have to believe that they will do a better job than their opponent," added Johnson.

For the Jamaica Labour Party (JLP), it goes into the election with only 39 per cent of the electorate viewing it in a favourable light, while 47 per cent has an unfavourable opinion of the Andrew Holness-led party.

That means that the JLP is entering this election with even less love from the electorate than before the 2011 general election when it had a 42 per cent favourability rating in the poll conducted by Johnson just before Jamaicans voted.

According to political commentator Mark Wignall, the favourability rating of both parties is in keeping with the polls, which project a PNP victory.

"The net favourability rating for both parties shows that a large section of the electorate is saying a pox on both of your houses, and a large, silent group don't give a damn about either party," argued Wignall.

He said that every indication is that the country will record a very low voter turnout come February 25, and this will favour the PNP.

"In a full match-up of the bases of the two parties, the PNP will come out on top because its base is about 3.5 per cent bigger than the JLP's," Wignall said.

The latest Johnson poll was conducted from February 4 to 7 with a sample size of 1,200 voters across all 63 constituencies and a sampling error of plus or minus three per cent.