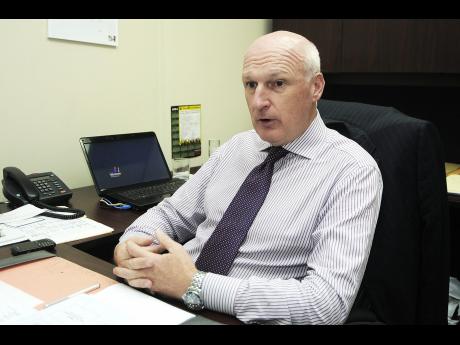 Former crime chief Assistant Commissioner Les Green has testified that he knows of no directive to police investigators, who were dispatched to the west Kingston community of Tivoli Gardens in the aftermath of the May 2010 operations, that they should not make any recordings unless they were sure about what could have happened.

Green, who served as head of the Criminal Investigations Branch (CIB) of the Jamaica Constabulary Force (JCF), also denied giving any such directive.

His testimony before the West Kingston Commission of Enquiry yesterday appears to contradict the evidence of Superintendent Michael Phipps.

"Did you give any such instructions to Mr Phipps?" asked head of the Independent Commission of Investigations (INDECOM) Terrence Williams, who led him through his evidence.

"I certainly did not," replied Green, who was testifying by video link from the Ukraine, where he is serving as a security consultant to the government.

"Not only did I not give instructions to Mr Phipps, I certainly would not have given those instructions to anybody at anytime while I've been serving as a police officer," the former detective superintendent with the Metropolitan Police in the United Kingdom continued.

"Why do you say so?" Williams queried.

"Because it goes categorically against everything I believe in, everything I have been trained to do, and everything I've been instilling in the officers I served with in Jamaica, and challenging some previously poor methods and conduct that were taking place," Green replied.

The former CIB head said that Phipps and other officers in the JCF were well aware of his stance "in such a situation". He said that the first time he learnt of Phipps' assertion was while he was reading the transcripts of the commission of enquiry and a case that was before the Gun Court.

During cross-examination by attorney for the JCF Deborah Martin, Green said that there should be a record of every report made by members of the public and that their validity should be tested.

"The record would be made in the crime diary or in the crime reporting forms, which were then being implemented, and the station diary, where the persons receiving the report was based," he explained.

"So you would make the record in the crime diary or the station diary before the fact of the report is validated?" Martin questioned.

"No. If somebody was making an allegation of a crime, a record should have been made by the officer receiving that allegation," he explained.

The commission begins hearing submissions from attorneys today as it looks to wrap up its public hearings by Friday.