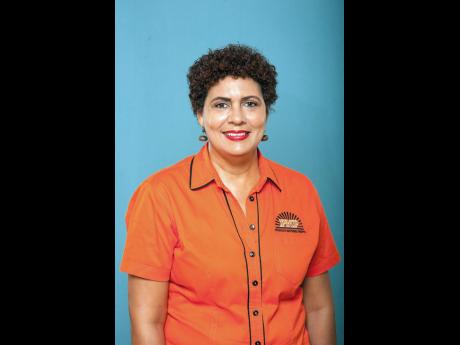 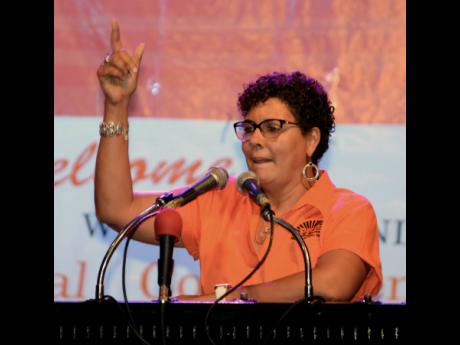 It will be a super-confident Patricia Duncan Sutherland going into her first political battle come Thursday.

The daughter of veteran politician Donald Keith Duncan, the People's National Party's Duncan Sutherland is trying to unseat the Jamaica Labour Party's Rudyard Spencer, who is pushing for his fourth term as a member of parliament for Clarendon South East.

Duncan Sutherland, who describes herself as an activist, businesswoman, Christian, philanthropist, wife, mother, and someone who believes in people's possibilities told our news team that now that her children are adults, she has decided to come from the sidelines and be more aggressive in the political arena.

"I have always been in active service to my country. I have served on the boards of EGov Jamaica, The Adoption Board, Dress for Success, and the Jamaica Social Investment Fund (JSIF), and I was programme manager for the Ministry of National Security's Unite for Change Programme," said Duncan Sutherland.

According to the first-time candidate, she has stepped away from the full-time roles in the private sector and is prepared to give full-time public service to the people of Jamaica.

"Political representation is the way I have chosen to do so. The time is ripe for those of us who have sat on the sidelines to come together and build the country that we all want and know Jamaica can be.

"My motto is that if you want to see change and then be the change. Be part of the solution," she said.

For the 49-year-old mother of three, she is through with the 'veranda chat' and waiting for others to do what she could do.

"Our time is now! I am hoping to be a catalyst for a whole swath of capable Jamaicans to help us drive this bus to a peaceful and prosperous place.

"Let's move from dependence to independence through a politics of partnership and love," she said.

Working on the ground in the constituency, Duncan Sutherland says that her assessment shows that the most pressing need is jobs and if she gets the chance, then her role as the member of parliament will be to serve as the facilitator.

"That means a partner for community development and self-empowerment. We have already created a permanent constituency office, which we will use as a resource centre after the election.

"Our constituency office is set up to operate as a support and empowerment centre that provides constituents with critical information such as how to apply for their land titles, accessing light and water connections, and National Health Fund applications."

According to Duncan Sutherland, her team is now in the process of setting up a job bank and computers are also accessible to job seekers and students.

"We will invite various speakers for training so community members can be equipped as needed. The goal is always to help people to help themselves," she shared.

The People's National Party's first-time candidate is urging voters to give her a chance and ensure that she is at the helm of the constituency as 15 years is enough for Spencer.

"We have had 15 years of Ruddy Spencer and we must thank him for his service. After 15 years, it is very important for someone else to be given the opportunity to work on behalf of the community.

"Fresh ideas and a new approach. I will work with the people of Clarendon South East to move from dependence to true independence, through the politics of partnership and love," she said.