PNP by a whisker 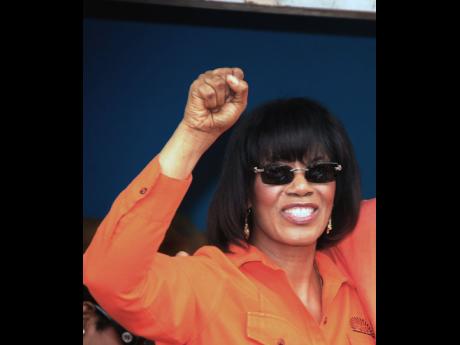 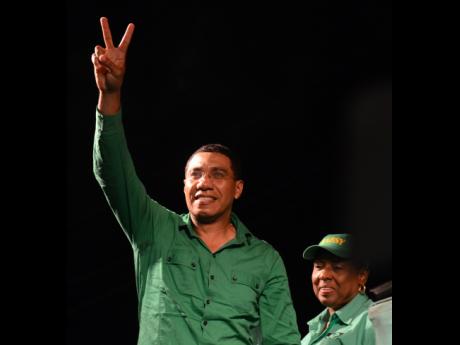 Almost on the eve of the country's 17th general election, an RJR-commissioned Don Anderson poll has found Portia Simpson Miller's People's National Party (PNP) and the Andrew Holness-led Jamaica Labour Party (JLP) to be in a tight race.

The poll, which was conducted from February 13 to 16 among 1,093 people, with a margin of error of plus or minus three per cent, showed the PNP with 30.8 per cent popular support, slightly ahead of the JLP on 27.5 per cent.

"I feel very, very good. There is a level of enthusiasm and positivity that is evident among PNP workers and supporters and the uncommitted are breaking for us, so we are very confident," PNP campaign director Peter Phillips said yesterday.

The release of yesterday's poll results is more good news for the PNP, which came out ahead of the JLP in the most recent Gleaner-commissioned Bill Johnson poll.

As the campaign enters its final lap for Thursday's election, the 70-year-old Simpson Miller has been making the rounds across the island seeking to make sure the PNP does not become a one-term government.

Today, she will visit five constituencies, among them being Hugh Buchanan's South West

South West St Elizabeth was won by Buchanan by 13 votes in 2011 but is facing a stiff challenge from the JLP's Floyd Green.

She also visited Phyllis Mitchell's North East St Catherine, that was won by the JLP by 618 votes in 2011, and North West Catherine where party Chairman Robert Pickersgill is the standard-bearer. Pickersgill won by 3,075 votes.

The three other constituencies that Simpson Miller visited yesterday were North Central Clarendon, which the JLP won by 1,836 in the last election; Richard Azan's North West Clarendon (899); and North East Manchester, which Audley Shaw has held for the JLP since 1993.

Simpson Miller is seeking to steer her party into a second term. The PNP won 42 of the 63 seats in the House of Representatives in 2011, seven of which were won with margins of fewer than 300 votes.