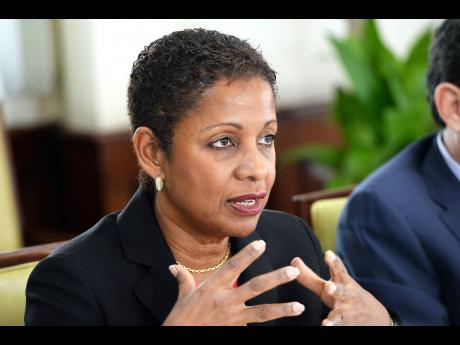 Jamaica is pushing to realise venture capital funding locally that will equate to at least two per cent of the country's gross domestic product (GDP).

The World Bank puts the worth of Jamaica's GDP at US$13.89 billion.

The Development Bank of Jamaica (DBJ) believes the goal is achievable and is hoping that its third venture capital conference, to open in Kingston next week, will help arm stakeholders with the relevant training and knowledge.

"When we look at other countries with very established venture capital industries, usually, what you find is that they are able to mobilise capital in the region of about two per cent of GDP each year," said Audrey Richards, the coordinator of the Jamaica Venture Capital Programme, based at the DBJ.

"If and when, I'd like to say when, Jamaica's industry has grown and mobilised (at least US$2 million), then we'd be on the radar.

"Even at half a per cent of GDP each year, we'll be well ahead of a number of countries," she added.

Noting that Jamaica's venture capital industry is at an "early stage (of development)", Richards said that it was expected that about US$20 million would be mobilised as part of patient capital during the first quarter of this year.

In the meantime, Richards said that while capital mobilisation is important, focus has to be placed on the number of entrepreneurs who will be in a position to benefit from the capital.

The conference, she said, is also aimed at meeting that objective.

The bank has pulled on Nigeria-born US tech entrepreneur Chinedu Echeruo to be the featured speaker at the conference to run from March 7-9 at The Jamaica Pegasus hotel in New Kingston.

"Participants attending the conference will have the opportunity to hear, first-hand, his journey to becoming a successful entrepreneur, and during the 'fireside chat', get to the story behind the man," Richards stated.

Echeruo is the founder and CEO of Gigameet.com, a cause-based fundraising and networking platform. Before starting Gigameet, he founded two US-based Internet companies: Tripology.com, sold to Rand McNally, and now owned by USA Today; and HopStop.com, a website and mobile app for mass-transit routing which was sold to Apple.